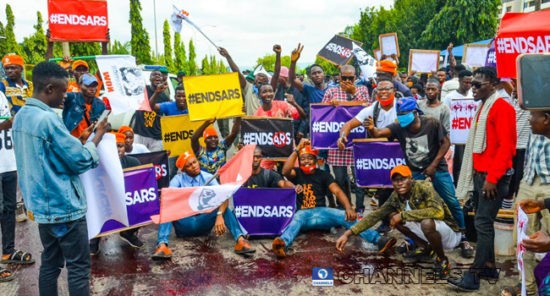 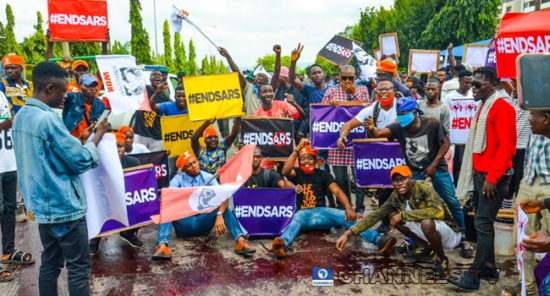 #EndSARS protesters on Monday, shut down Jakande Estate, Oke-Afa and Isolo in Lagos.

The protesters shut the road as early as 9 am and said that the protest would last for five days.

Mr Bolaji Banjo, an activist in the estate, said that youths in the estate are lending their voices in the ongoing protest.

Banjo said that the protest would be a peaceful one that they are not out to fight the government.

He said that they are joining the protesters nationwide in the agitation for good governance among others.

Miss Oluwabamishe Soile, a female activist said that she is out to encourage other females to join the protest.

Soile said that they were out to make their voices heard in the best way.

Mr Kehinde Teniola, a protester also said that many of the youths had at least first degree but are not employed.

Teniola said: “it is only in Nigeria that you will see a 40year old man that still lives with his parent.

“Why can’t Nigeria youths do well in their various endeavours like they do when they relocate abroad? because there is no enabling environment for them to strive well”.

Also, Semit Dechamelon, an observer expressed concerns at the rate of unemployed youths in the country.

He said that the dwindling state of the economy has made livelihood difficult for many households.

“Many parents find it difficult to take care of their children including their young graduates who are still living with them.’

A protester, Miss Oluwabunmi Abegunde said that so far, the protest has been peaceful and orderly.

The post #EndSARS protesters to shut down Jakande Estate for 5 days appeared first on .