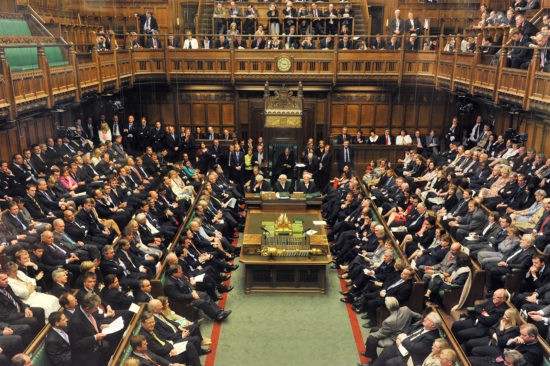 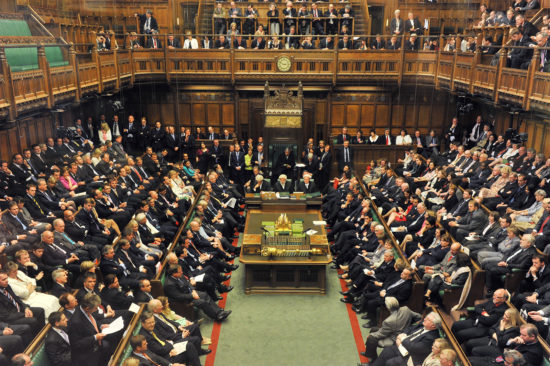 The UK government on Wednesday October 21, deliberated on the killing of some #EndSARS protesters at Lekki toll gate by soldiers.

British Labour and Co-operative Party politician who has been the Member of Parliament for Cardiff South and Penarth since 2012, Stephen Doughty member raised the issue at the parliament today.

He disclosed that he is horrified with the report he is receiving and further stated that the UK Government must urgently rise at the highest levels with Nigeria.

“I raised the shocking killings of End Sars protestors in Lekki toll gate, Lagos Nigeria this morning in the House of Commons with FCDOGovUK Minister Nigel Adams.

“I am horrified by the reports I am receiving.

“UK Government must urgently raise at the highest levels with Nigeria.” 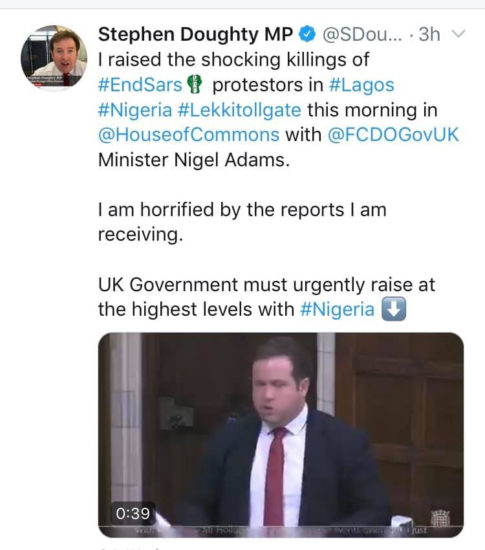 Mathew Pennycook, a Member of the British Parliament also tweeted; 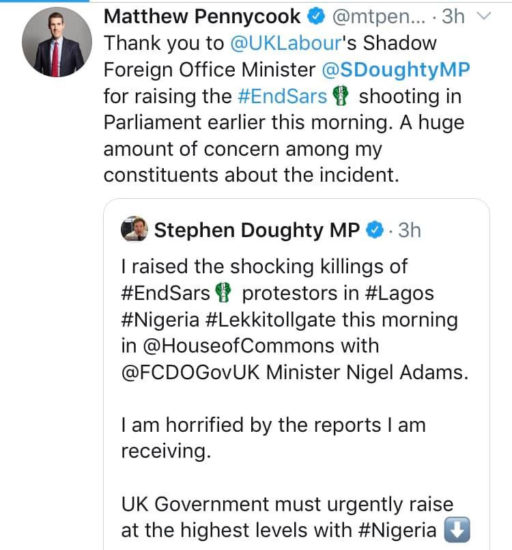 CHECK IT OUT:  Missing Kenyan Police Officer Found Dead With His Head And Hands Chopped Off