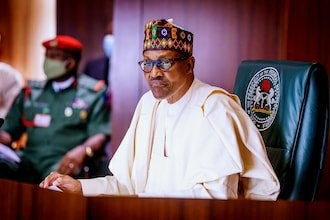 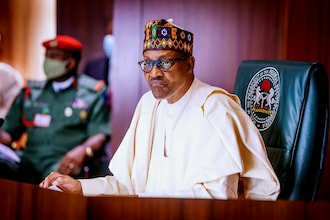 President Muhammadu Buhari has asked his ministers to relocate to their home states following the violence and looting orchestrated by the EndSARS protests across Nigeria.

The Nation reports that the president’s action was to douse the tension caused by the demonstrations over the activities of the disbanded Special Anti-Robbery Squad (SARS).

It was gathered that the ministers were scheduled to meet with stakeholders to explain the federal government’s efforts to meet the demands of the youths.

Confirming the development during a courtesy call to Governor Muhammadu Badaru of Jigawa state in Dutse, the minister of water resources, Sulaiman Adamu, said the cabinet members were directed to seek the support of political, traditional, religious and community leaders against the protests.

Adamu said he was in the state to meet with leaders on “promoting tolerance, peace and stability in this critical moment and hear from them and report back to him (Buhari) immediately.”

He acknowledged that the #EndSARS protests started well and was in line with the Nigerian constitution only to be hijacked along the line by those who infringed on the rights of other citizens, killed innocent persons, looted and engaged in other criminal acts.

“President Muhammad Buhari is soliciting the support of all other political leaders in the state to properly address the people of the state on the need to dispel any rumour that is tantamount to creating disunity among Nigerians and also throw the nation into crisis.”
Speaking in Akwa Ibom on a similar mission on Saturday, October 24, the minister of Niger Delta affairs, Godswill Akpabio, urged youths of the state to embrace peace, adding that President Buhari was committed to meeting their demands with regard to police reforms.

CHECK IT OUT:  2019 Elections: World Leaders Are Expecting Declaration Of Atiku As President – PDP