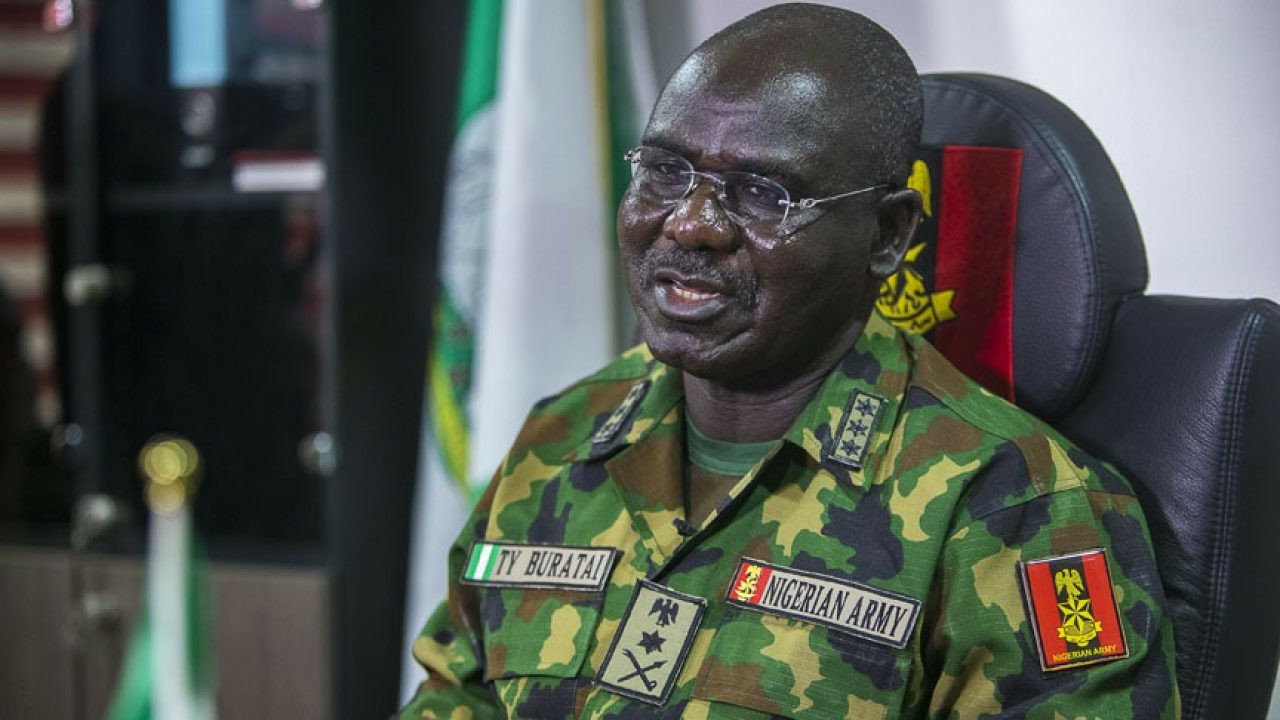 Chief of Army Staff, Tukur Buratai, has reacted to calls by International bodies calling for a travel ban to be placed on some military officers accused of human rights abuses in Nigeria.

The Army chief had a meeting with Army Commanders in Abuja today October 26, where they deliberated on the End SARS protest and violent incidents across the country.

Buratai attacked the international organizations clamouring for a ban on top personnel and soldiers over rights abuses. According to him, his first trip outside Nigeria was when he was 50 and that he doesn’t mind if he has to live in Nigeria for the rest of his life.

“Criminal elements are threatening us with travel ban but we are not worried because we must remain in this country to make it better. The first time I travelled outside of this country, I was already 50 years and a General, so I don’t mind if I live the rest of my life here”The Cable quoted him as saying

At the meeting, the Army chief said recent events across the country have shown the determination of unscrupulous individuals and groups to cause chaos by all means.

“The events of the past few days in our dear nation have shown the determination of some unscrupulous individuals and groups to destabilise Nigeria by all means,” he said.

These individuals, groups and other undesirable elements have hijacked the peaceful #EndSARS protest marches resulting to widespread violence, acts of wanton destruction and looting of public and private properties in many parts of the country. These acts led to the imposition of curfew in several states of the federation.

CHECK IT OUT:  Kwara State Government Warns Against Dumping Refuse In Drainage

Despite all these, the army has continued to exercise restraint applied all the principles of internal security operations and fully abided by the internationally recognised rules of engagement as contained in our published standard operating procedures for internal security operations which are derived from the International human rights laws and are in accordance with the international principles guiding the use of force.”he said