Protection Of Minors In Football Vis-À-Vis The Transfer Ban On Chelsea - NaijaCover.Com
Skip to content 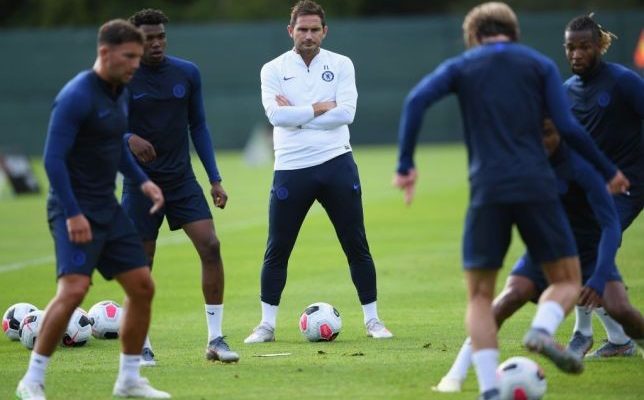 Fédération Internationale de Football Association, popularly known as FIFA, announced through its Disciplinary Committee in January 2019 that Chelsea Football Club had been banned for “two consecutive transfer windows” for breaching rules relating to the transfer of foreign-based players below the age of 18 years.

These sets of players(U-18) are referred to as minors in Article 19 of FIFA’s Regulations on the Status and Transfer of Players (RSTP) which provides for the protection of minors in football.

The ban implies that all-male teams of  Chelsea FC(with the exception of U-16 players that Article 19 does not cover) would not be able to sign and register new players during this period.

The ban does not prevent the release of players and will not apply to their women and futsal teams. Also, loanees are allowed to return to the club.

This leads to the question: WHAT EXACTLY WAS THE TRANSFER BAN ABOUT?

It all started with FIFA’s investigation into Chelsea’s signing of foreign-based under-18 players. FIFA discovered that Chelsea was guilty of violating Article 18b  of the  Regulations on the Status and Transfer of Players (RSTP) which seeks to prevent third-party influence on football clubs and Article 19 which is all about protecting minors from manipulations by football clubs.

As regards Article 19, the FIFA Disciplinary Committee stated that it found breaches in 29 cases out of 92 investigated. This decision was later upheld by the FIFA Appeal committee which reduced the cases to 27.

One of the players whose transfer was investigated is Bertrand Traore. The Burkina Faso international, who now plays for Premier League Club, Aston Villa, signed his first professional contract at Chelsea in 2013 at the age of 18 but was not registered until January 2014.

CHECK IT OUT:  2face celebrates her daughter, Ehi’s 14th birthday with beautiful photos

Mediapart reported in November 2018 that FIFA found evidence that Chelsea had misled them over the dates and that Traore was found to have made 25 appearances for the Blues (under-16, under-18, first-team) despite not being registered by the Football Association.

Thus, this and many more cases as regards the transfer of minors triggered FIFA’s investigation thereby leading to the transfer ban.

WHAT DOES THE LAW SAY ABOUT THESE OFFENCES?

The general rule as stipulated in Article 19(1) of the RSTP is that ”International transfers of players are only permitted if the player is over the age of 18.” This Article was introduced by FIFA to prevent the exploitation and trafficking of underage football players. However, to every rule, there is an exception and this principle is applicable in this case. The exceptions  are:

When the player’s parents move to the country where the club is situated for reasons not relating to football.

When the transfer is between two clubs that operate within the territory of the European Union or European Economic Area and the player is aged between 16 and 18, the buying club must provide adequate football training and guarantee the player academic or vocational training in case the player decides not to play professional football.

When the player lives within 100m of the club.

FIFA has, however, as of June 2020, updated this article and added two more exceptions. They are as follows:

When the player flees his country of origin for reasons affecting his life or freedom being threatened on account of his race, religion, political opinions, among other things without his parents and is therefore temporarily allowed to stay

CHECK IT OUT:  #Nigeriadecides: Tribunal To Begin Hearing On Atiku’s Petition Against President Buhari Today

When the player is a student and moves without his parents to another country temporarily for academic reasons (although this provision most times has to do with amateur rather than professional clubs).

Article 18b on the other hand relates to third-party influence and states that no club shall be a party to a contract that allows any third party to influence its policies and transfer-related matters.

FIFA has further clarified the area of third party influence in its manual on Third-Party Influence(TPI) and Third-Party Ownership (TPO) in Football Agreements released in September 2020 and here are the scenarios that are considered violations.

Any clause restricting the new club concerning the future transfer of the player. An example of this kind of clause is prohibiting the sale of a player to a competitor club (or subject to a penalty like a higher sell-on fee),

Any clause related to the employment relationship between the club and the player.

Any clause linked to selection in matches. For example, a clause that seeks to ensure that the player transferred (on loan) is fielded regularly.

Any clause obliging the club to communicate certain information. Such information could include a player’s injury, information about every transfer offer.

Any obligation to transfer/release a player under certain conditions. Obligations like the acceptance of a specific transfer fee, having no say in the future transfer of the player, transferring the player in the event of relegation.

Thus, following the consideration of this case by FIFA, a transfer ban was imposed as the appropriate sanction on Chelsea to serve as a deterrent to other teams and also for them to never fail to comply with the regulation in future transactions.

CHECK IT OUT:  Army Chief Of Staff Buratai Donates 1,000 Books To His Primary School

WHY WAS THE BAN LIFTED?

Due to Chelsea FC’s dissatisfaction with the outcome of the case, the club appealed the transfer ban which was meant to end in February 2020 to the Court of Arbitration for Sport(CAS).

CAS while deciding the case considered the literal meaning of the RSTP regulations and held in a judgement published in December 2019 that the RSTP rules breached were less serious than formerly judged.

Hence, the ban imposed on Chelsea was lifted and the amount to be paid as a fine was reduced to CHF 300,000.

In conclusion, Chelsea had it coming and was duly rewarded with their violations. They were able to appeal the decision and instead of two transfer windows, they only got banned for one.

Hopefully, Chelsea can, like the other clubs like Real Madrid, Atletico Madrid, and Barcelona that had been caught by these Articles in RSTP, move forward and ensure they adhere to the provisions because it guarantees the safety of these minors as well as the future of football.