Disappointment For Okoye As Uzoho Keeps A Clean Sheet On Return - NaijaCover.Com
Skip to content 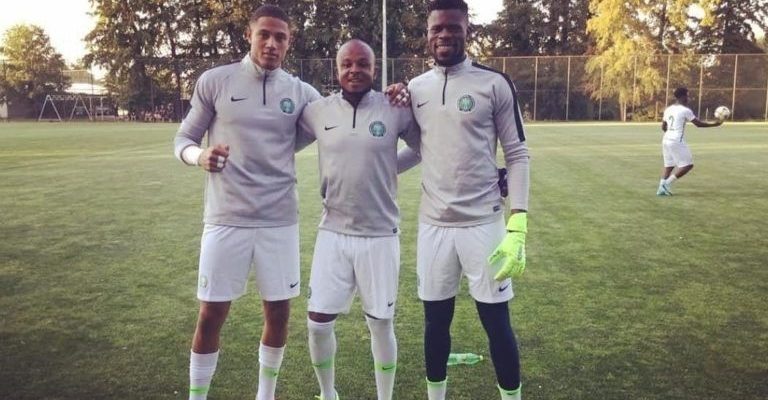 The two goalkeepers, who are competing for Nigeria’s goalkeeping position, were in action for their respective clubs on Wednesday night

Super Eagles goalkeepers, Maduka Okoye and Francis Uzoho both played for the first time this season, but it was a contrasting night for them.

Okoye was in goal as Sparta Rotterdam lost to Ado Den Hagg via a penalty shootout in the KNVB Beker Cup.

Both teams had played out a 1-1 draw after 120 minutes, and the match went into a penalty shootout, which Ado won 5-3

Okoye was making his first appearance for Sparta’s first team since he joined from Fortuna Dusseldorf. Despite the disappointment of losing, the Nigerian international was impressive, making five saves in total, while he had a 73% pass accuracy.

The Nigerian international would, however, be disappointed not to have saved a spot-kick during the shootout.

But while Okoye ended up on the losing side, it was a winning return for Francis Uzoho as Apoel Nicosia thrashed PAEEK 4-0 in the Cyprus Cup.

Uzoho hasn’t played since he suffered a knee injury in Nigeria’s 1-1 draw with Brazil in last year’s international friendly encounter.

During his time on the sidelines, Uzoho switched clubs from Omonia Nicosia to Apoel, and he made his debut on Wednesday night.

Following the clash, Uzoho took to his Twitter account to express his happiness at making a return from injury after 380 days out.

After 380 days here I’m back stronger
IN CHRIST ALONE pic.twitter.com/RgrxIYX8AV

CHECK IT OUT:  MATCH OF THE SEASON! Forlan Predicts Result Of Man United vs Barcelona