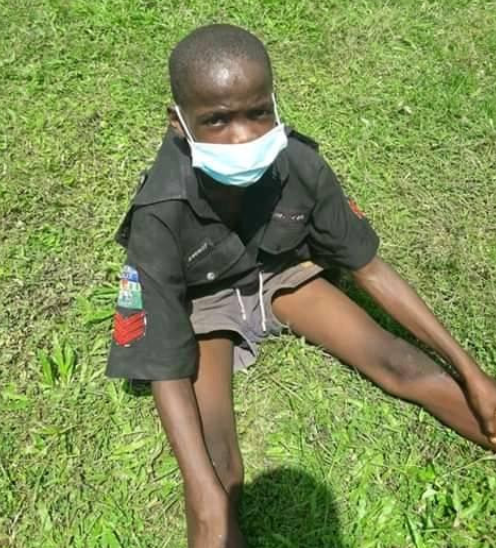 The Edo State Police Command has allegedly arrested an 11-year-old over his ”involvement” in the attack on a police station at Evbuotubu area of Benin City by hoodlums.

Recall that hoodlums took advantage of the #EndSARS protest to attack Oba Market Police, Ugbekun Police Station, Idogbo Police station last Monday and carted away arms and ammunitions at the armoury as well as police uniforms and other valuables.

According to Human Rights Advocate, Kola Edokpayi, a senior News reporter with the Edo Broadcasting Service, Festus Alenkhe, stated that the young boy was arrested for allegedly joining the gang of hoodlums that attacked Oba Market police station.

After the attack, the boy was said to have worn the uniform of a police sergeant and declared himself as the Inspector General of Police (IGP)

He then went about in Benin metropolis bragging about his new status while most of his peers hailed and clapped for him.

He was subsequently arrested, paraded and will be arraigned in a juvenile court soon, according to the report. 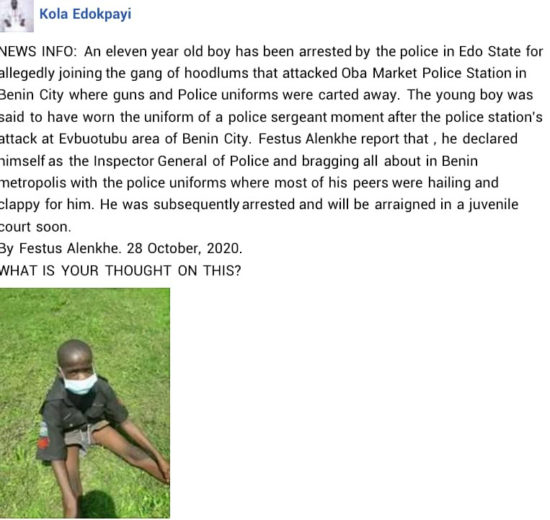 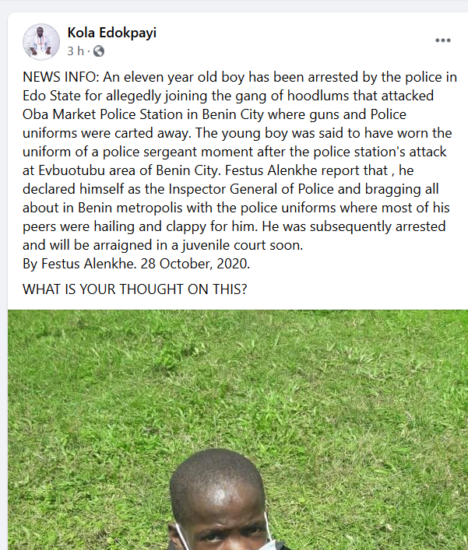 The post Police allegedly arrest 11-year-old boy who reportedly participated in attack on Edo police station and declared himself IGP appeared first on .

CHECK IT OUT:  What MURIC Told President Buhari To Do To Muslims Will Leave You In Shock