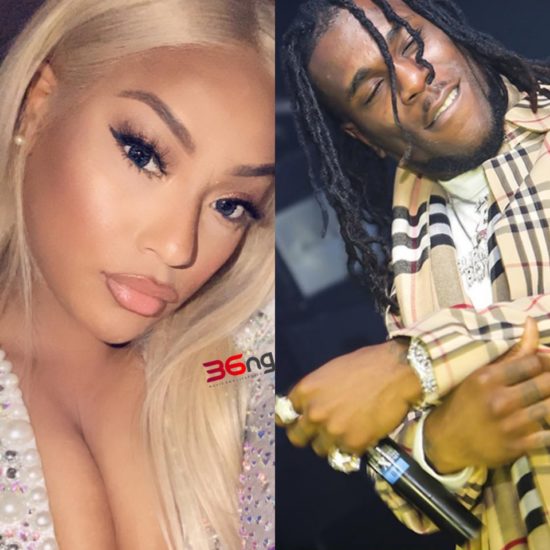 Nigerian singer, Burna Boy and his British rapper girlfriend, Stefflon Don, have both unfollowed each other on Instagram.

A peep through their Instagram handles show they are no longer following each other. The reason for this is not know yet as Steff was just defending Burna two weeks ago over EndSARS.

Recall that late last year, the grammy-award nominee unfollowed everyone on the popular photo-sharing app, leaving only his girlfriend, Stefflon Don.

Last year, the two were on the spotlight over claims he was still seeing his ex-girlfriend after a video of the two leaked online.

However, Stefflon Don, in response denied the breakup allegations claiming that the clip was from the past. 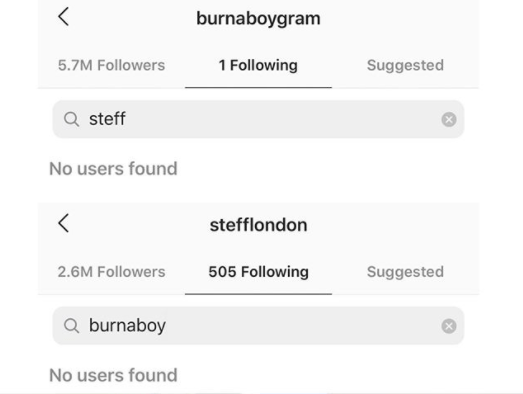