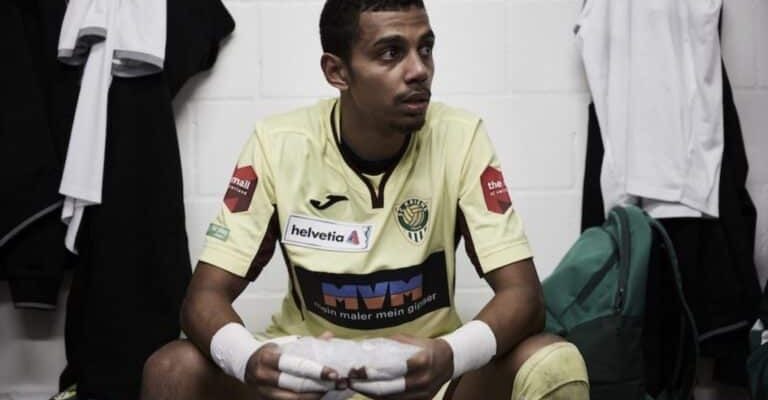 The Nigeria Football Federation on Thursday released a 24-man list of players for the two Afcon qualifying matches in November, but there is sad news for one of the three invited goalkeepers

Swiss Super League side FC Lugano have confirmed that goalkeeper Sebastian Osigwe has tested positive for the rampaging COVID-19 disease.

The Swiss-born shot-stopper was named in the Nigerian squad preparing to clash with Sierra Leone in next month’s 2021 Africa Cup of Nations qualifying matches, but the latest development could delay his debut for the Super Eagles.

Based on the COVID-19 guidelines in Switzerland, the former Flying Eagles shot-stopper is now expected to self-isolate for at least ten days.

The Super Eagles trade tackles with Sierra Leone in Benin City on November 13 before facing the same opponents four days later in Freetown.

With all the players called up for the back-to-back games instructed by the Nigeria Football Federation to report to camp on November 9, Osigwe faces a race against the clock to receive the medical all-clear to leave Switzerland.

Osigwe represented Switzerland from the U-15 to the U-18 levels before switching his allegiance in 2013, going on to make five appearances for the Flying Eagles.

The 26-year-old has featured five times for Lugano in all competitions this term, conceding seven goals.