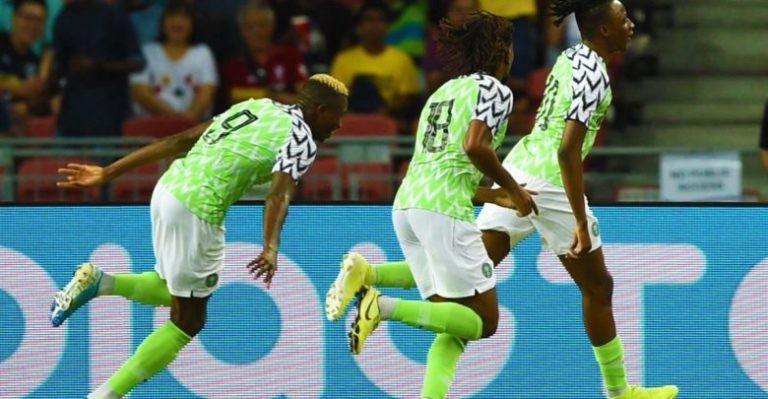 Matchday two of the UEFA Europa League took place across Europe on Thursday, but it was a disappointing night for Victor Osimhen

Napoli bounced back from their opening day loss to Az Alkmaar courtesy of a 1-0 victory over Real Sociedad at the Anoeta Stadium.

Matteo Politano’s strike in the 56th-minute strike was enough to seal the three points away from home for Gennaro Gattuso’s men.

However, it was all not smooth for the Neapolitans as they will have to do without Victor Osimhen in their next encounter after the Super Eagles golden boy was sent off for a second bookable offence.

The Nigerian international came on for Andrea Petagna in the 61st minute and was booked in the 81st minute before receiving his marching orders nine minutes later for a flinging elbow on Robin Le Normand.

But despite his dismissal, Napoli held on for an important away win. Osimhen will miss next week’s clash against Rijeka, but he will be available for Napoli’s Serie A clash against Sassuolo.