WTO DG race: Nigeria govt reaches out to US, others over Okonjo-Iweala - NaijaCover.Com
Skip to content 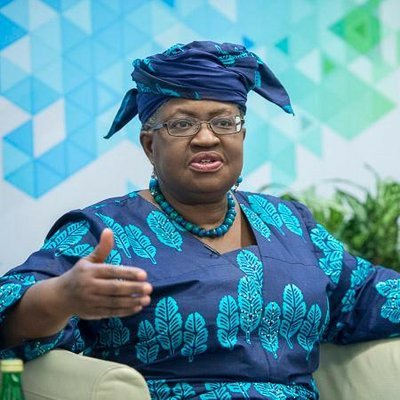 The Nigerian government has stated that it is intensifying efforts towards stopping the stumbling blocks that may hinder the emergence of Ngozi Okonjo-Iweala as the director-general of the World Trade Organisation (WTO).

Mariam Katagum, minister of state for industry, trade and investment, made this disclosure on Friday, October 30, during an emergency virtual meeting.

Katagu, who doubles as the chairperson of the campaign strategy team for Okonjo-Iweala, said Nigeria has reached out the United States and other members of WTO to ensure that the development economist eventually emerges.

It would be recalled that Okojo-Iweala was reported to have been appointed the WTO DG, becoming the first woman and African to seal the top job after beating her close challenger, Yoo Myung-hee of South Korea.

However, the United States of America (USA) was reported to have opposed to the emergence of Nigeria’s candidate who has received the backing of many African countries and the European Union.

On Friday, Katagu said Nigeria is currently meeting with all the necessary stakeholders at WTO to ensure that Okonjo-Iweala scales through.

“Nigeria is currently reaching out to all members of the WTO including the United States of America and South Korea to overcome the impasse as well as persuade the United States to join the consensus in adopting the recommendation of the appointment of Dr. Ngozi Okonjo-Iweala as DG-WTO.”

The post WTO DG race: Nigeria govt reaches out to US, others over Okonjo-Iweala appeared first on .

CHECK IT OUT:  “I am honored to be your husband” – Justin Bieber writes sweet open letter Hailey