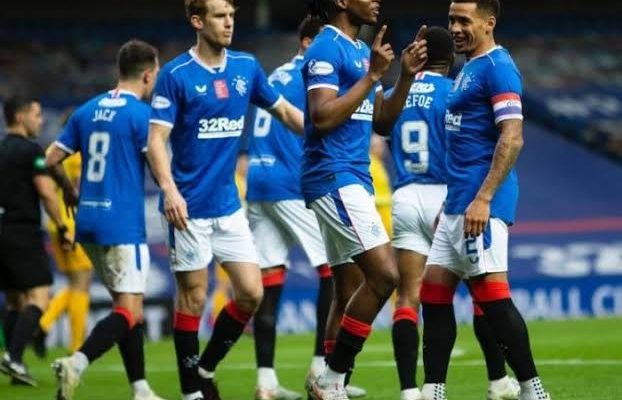 Nigeria international Joe Aribo was on the field for 66 minutes as Rangers picked up their ninth straight win in all competitions with a 1-0 victory at Kilmarnock on Sunday.

Steven Gerrard’s men have not lost any of their last 17 matches – winning a staggering 15 – and needed only a 19th-minute James Tavernier penalty to claim all the three points at BBSP Stadium Rugby Park.

Peter Utaka got back to goalscoring ways to inspire Kyoto Sanga to a convincing 3-0 victory over Montedio Yamagata in the Japanese 2 League.

The 36-year-old forward netted his 19th goal of the campaign in what was his 29th league match, his strike sandwiched between Yutaka Soneda’s opener and Yoshihiro Shoji’s clincher.

It was, however, an humbling day in the Netherlands for Super Eagles goalkeeper Maduka Okoye as the 21-year-old shot-stopper conceded four goals in Sparta Rotterdam’s defeat at home to Heerenveen.

Three goals within the first 42 minutes from Nygren, van Hecke and Veerman stunned the home side before the latter added a fourth ten minutes after the break.

Lennart Thy’s penalty deep into injury time earned a bit of pride for the hosts who would be smarting after a 1-4 loss.