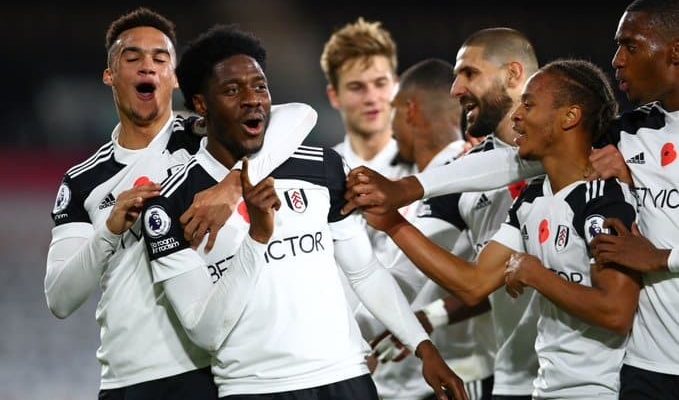 Ademola Lookman and Tosin Adarabioyo joined first-time goalscorer Ola Aina in inspiring Fulham to their first Premier League win of the season with a 2-0 triumph over West Bromwich Albion at the Craven Cottage on Monday night.

The on-loan Torino full-back, who previously starred for Chelsea, found the back of the net on the half-hour mark to double the home side’s lead after Decordova-Reid had headed them in front four minutes earlier.

Aina made three Premier League appearances for Chelsea during the 2016/17 campaign and had earned three top-flight caps for Fulham before tonight without scoring a goal.

Parker’s side went into the break with a deserved 2-0 lead, but the hosts could have been three or four goals up as West Brom looked poor in defence.

The Baggies remain one of three teams yet to pick up a victory in the Premier League this season alongside Burnley and Sheffield United.

CHECK IT OUT:  “Would Be A Great Signing” – Baggies Fans Urge Club To Sign N6.86Bn Nigerian Star