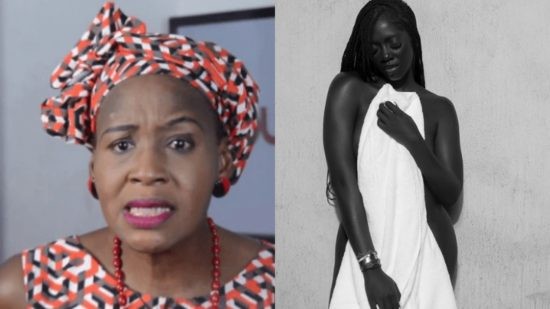 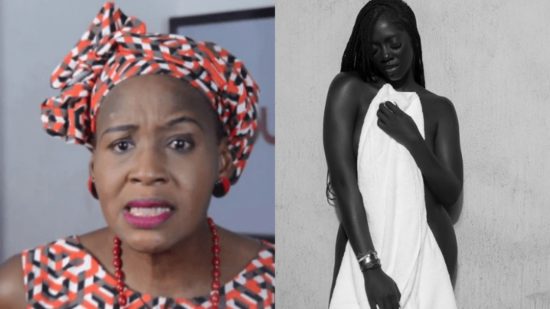 Following Tiwa Savage’s release of her n**ked photos on social, controversial journalist, Kemi Olunloyo has reacted and aired her opinion on her official twitter page.

The pictures got the attention of many on the app and while many admired and applauded her to sharing such pictures publicly, some others feel it does not fall in line with her personality. Apparently, her colleague celebrities approve of the photo and appreciate her great body of art.

According to Kemi Olunloyo, Tiwa Savage is free to do whatever she likes with her body. The 56 years old added that the people criticizing her wish to be like her but all in the name of marriage, they have submitted their brains to their husbands.

Madam KKO has she is fondly called came to a conclusion that Marriage is a scam and she is happy that the singer has realized that.

“Stop acting like morons. Tiwa Savage has a right to show her chocolate color ass. She belongs to nobody. She already knows #marriageisascam. Those married women castigating her wish they could bare their own too but they have submitted their brains to a husband. #Kemitalks” she tweeted 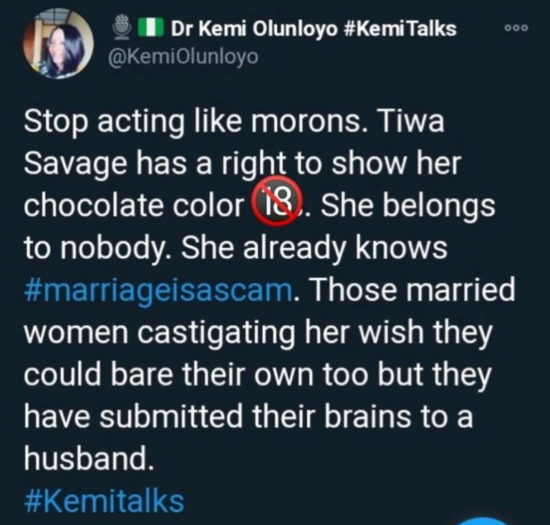 The post “She has a right to show her chocolate color a$$” – Kemi Olunloyo reacts to Tiwa Savage’s photos appeared first on .

CHECK IT OUT:  BBNaija’s Lucy Edet Addresses Rumour That She Is A Serial Beggar