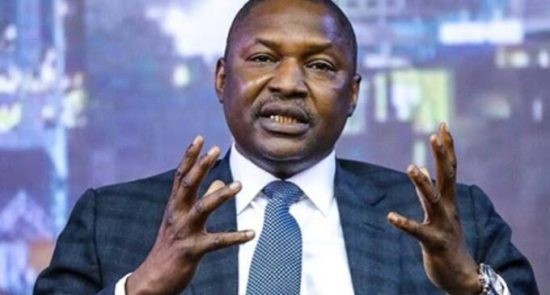 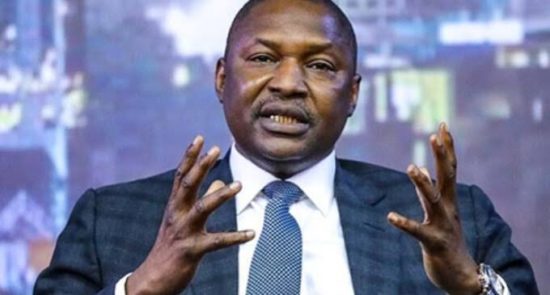 Abubakar Malami, attorney-general of the federation (AGF), says it is likely that hoodlums wearing military fatigues — and not soldiers — shot #EndSARS protesters at the Lekki tollgate in Lagos state.

About two weeks ago, protests calling for the disbandment of the special anti-robbery squad (SARS) took flight across the country.

The police unit was disbanded but the protests persisted as citizens demanded reforms in the force.

Protesters converged on the tollgate for 13 days before they were forcefully dispersed by soldiers.

There are reports that some of the protesters were killed by the soldiers who stormed the tollgate on October 20, 2020, but there are disparities in the number of casualties and no clear evidence has been produced.

Speaking with journalists on Monday in Abuja, the AGF said investigation is underway to ascertain what truly happened at the Lekki tollgate.

Malami said it was “pre-emptive” to conclude that there had even been shootings, adding that “hoodlums” may have been hired to create a scene.

“You cannot rule out the possibility of perhaps hoodlums that set in to create a scene… could equally partake in the process,” the AGF said.

The Lekki tollgate incident had sparked off outrage across the country.

However, he denied that soldiers shot protesters, describing reports on the attack by the military as fake.

The army also said it will not disclose the identity of its men who were sent to Lekki tollgate on October 20.

The judicial panel set up by the Lagos state government to probe alleged brutality by the disbanded SARS has already commenced sitting.