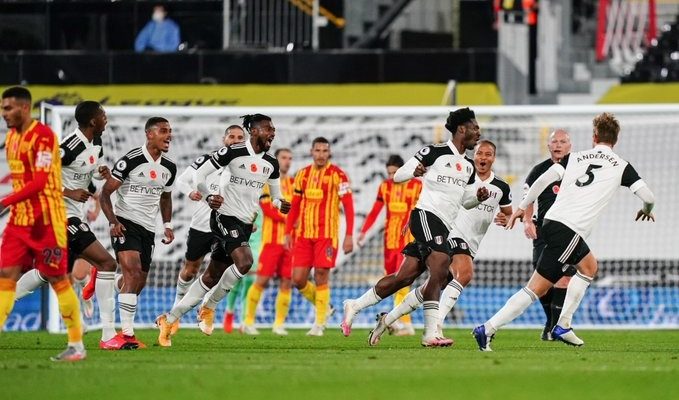 Fulham scored two beautiful goals to claim a much-needed win at home to fellow strugglers West Brom on Monday night, but one of the goals is guaranteed to make the highlight reel of matchday eight without a doubt

The Londoners had earned just one point in eight games until Slaven Bilic’s men arrived under the Cottage lights, but Bobby De Cordova-Reid and Ola Aina’s first-half goals saw Fulham pick up their first three points of the Premier League season.

Four minutes after De Cordova-Reid’s header opened the scoring for the home side, Aina sent a rocket of a strike into the top corner.

Parker, 40, was left impressed by the goal and hoped it helps convince critics that his side possesses some quality.

“It was a great strike,” the former England international told the club’s website after the encounter.

“Anyone watching us with an open mind will see we have a bit of quality. We had some lovely bits in both halves.”

Ola Aina has been featured in four games for Fulham since joining on loan from Serie A side Torino earlier in the summer.

The 24-year-old fullback’s strike against the Baggies was his first-ever goal in the Premier League, having earned three caps in the competition with Chelsea earlier in his career.

CHECK IT OUT:  Court Adjourns Between Fani Kayode And EFCC As Witness Spills Details