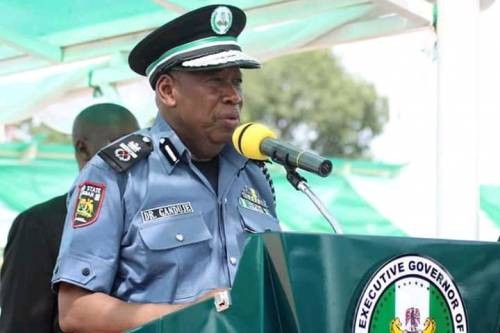 Posted By Udokabestluv On November 10th, 2020

Following the destruction of about 1,975 bottles of beer estimated at N200m by the Kano State Hisbah Board in Dawakin Tofa Local Government Area, Governor Abdullahi Ganduje has promised to increase the salaries of officials of the Islamic security outfit.

Speaking during the destruction exercise at Kalebawa, Ganduje said the consumption of alcohol and all other intoxicants that can distort the mental capability of a person was forbidden in Islam.

“My administration is proud of the way you discharged your duties. Therefore I wish to urge all stakeholders to continue to give you all the support you need to succeed.

“For the good job that found and destroy these beer, Kano State Government will review your salary. Kano Government will show appreciation to you by changing your uniform too,” Ganduje, represented by his deputy, Nasiru Yusuf Gawuna, said.

Earlier, in his remarks, the Commander General, Kano State Hisbah Board, Sheikh Harun Muhammad Ibn Sina, said that the beer confiscated was worth over N200m.

Hisbah is notorious for violating the rights of the people by inflicting bodily harm and even arrested residents of Kano for dressing and behaving in manners it considers unIslamic.

Despite public outrage condemning the activities of the group, Hisbah has continued to operate in Kano and other parts of Northern Nigeria.

CHECK IT OUT:  Sanwo-Olu Imposes 24-Hour Curfew In Lagos