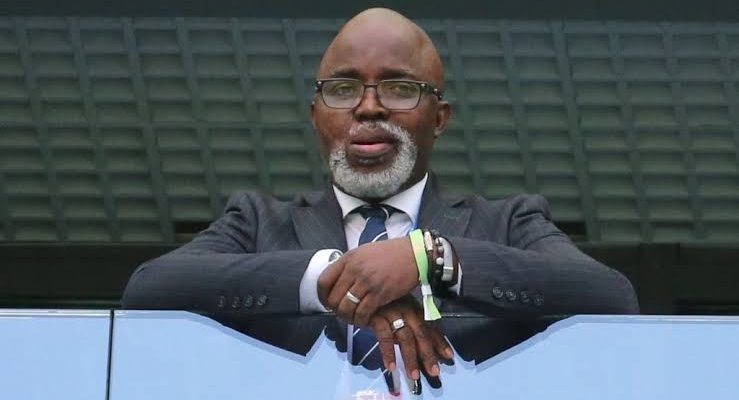 Nigeria’s number one football administrator has never hidden his desire to contest for the CAF top job, but that ambition will have to be put on hold for the meantime

President of the Nigerian Football Federation, Amaju Pinnick, has shelved his plans to challenge for the CAF Presidency, deciding instead to throw his weight behind billionaire South African challenger Patrice Motsepe.

Pinnick, a former Delta State FA Chairman, had earlier in September declared he had no intention of seeking reelection as NFF President when his current four-year tenure expires in 2022, with his eyes fixed on becoming Africa’s number one football man.

However, after Africa’s tenth richest man Motsepe announced his interest in the CAF Presidency, Pinnick has decided to back the chairman of South Africa’s Mamelodi Sundowns.

“He (Motsepe) has more superior qualities than me,” Pinnick told BBC Sport Africa.

“It’s not about me, it’s about African football. If you have someone with superior qualities, you have to learn from him and queue behind him and wait for your time.”

Motsepe’s emergence brings to three the number of challengers for the top CAF role, including incumbent Ahmad and Jacques Anouma of the Ivory Coast.