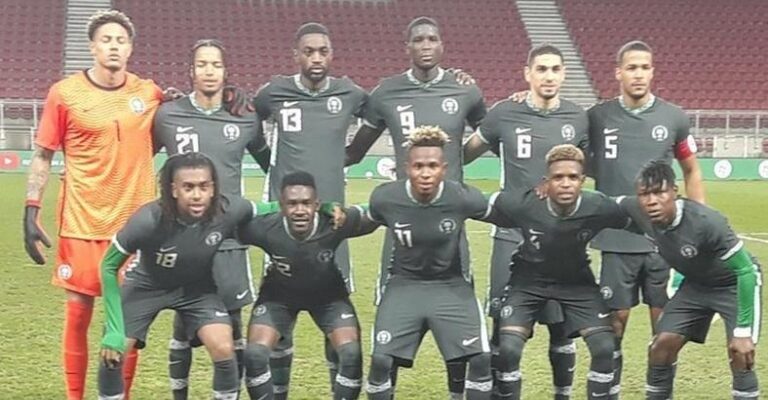 One month on from losing to African champions Algeria’s Desert Foxes and drawing against Tunisia’s Carthage Eagles in Austria, the Super Eagles return to competitive football when they take to the pitch of the Samuel Ogbemudia Stadium in Benin City to face Sierra Leone in a classic David versus Goliath matchup.

Africa’s fourth-best ranked team trade tackles with one of the continent’s low-punchers, knowing that a win will plant one of their feet in the next edition of the African Cup of Nations. But will their visitors simply roll over and get screwed when there is always a chance of an upset in football?

Nigeria are three-time African champions, made it to the semifinals of last year’s Afcon finals in Egypt, and are widely expected to not just make their way to Cameroon 2022 but also to be among the tournament title favourites.

So far, the Super Eagles have not disappointed. Gernot Rohr’s men have secured two wins out of two to underline their desire and ambitions.

A nail-biting, come-from-behind 2-1 victory over the Benin Republic on Matchday one was quickly followed by a more pleasing 4-2 triumph over Lesotho last year.

The six points garnered from those two wins catapulted Nigeria to the top of Group L, and the 2013 Afcon champions need only four points in their remaining games to book their place among the elites in Cameroon less than two years from now.

Even with no Nigerian fans allowed into the Stadium to cheer their beloved team to victory, Sierra Leone will still find it is not an easy task to cage the Super Eagles on Nigerian soil.

CHECK IT OUT:  MEN IN TROUBLE!! Watch Video Of Slayqueen Advertising “Do As I Say” Juju Padlock To Be Used On Men (VIDEO)

The Leone Stars are down but are not out of the running for an Afcon ticket just yet.  The West African side sit at the bottom of their qualifying group with only a point attached to their name.

A deflating draw at home to Lesotho on Matchday one did not help their cause, while the following defeat to the Benin Republic has hurt their chances beyond repair.

Coach John Keister’s men are badly in need of the point that turns around their fortunes.

And where is the best place to get extra motivation to give your all and grind a result than at the ground of the world’s most populous black nation and one of Africa’s true football powerhouse?

A draw on Friday would be an upset. To follow it with a remarkable victory in Freetown next Tuesday is the miracle most Sierra Leonean fans would be dreaming of at the moment. And in football, as we are often reminded, nothing is impossible.

Nigeria have never lost at home to Sierra Leone in any international competition.

Since their first meeting in 1961, which ended in a 4-2 Nigerian win, the 1994 African champions have maintained a grip-like superiority over their West African neighbours.

The two nations have met at the international level 14 times, with Nigeria winning nine games and losing two.

Boasting one of Africa’s most valuable squads and a bunch of talented stars who can decide a game with their brilliance, the Super Eagles should win this match even without getting out of top gear.

CHECK IT OUT:  FOOTBALL LOVERS!!! Which Of These Football Records Will Be Impossible To Break

There have been three or more goals in Nigeria’s two other games in this group, and it will surprise no one to see the goals flow freely in Benin City on Friday.

For punters, a Nigerian win and over 2.5 goals scored could bring a decent return on bets.

Despite the absence of star wingers Bordeaux’s Samuel Kalu and Nantes Moses Simon, Gernot Rohr has no attacking worries.

Victor Osimhen, Africa’s most expensive ever transfer, is one of the continent’s finest forwards. The Napoli youngster has already notched three goals and two assists, and don’t bet against him adding to that tally.

Also, Sierra Leone should be worried that the Super Eagles can call on the goalscoring talents of Kelechi Iheanacho, Paul Onuachu, and Ahmed Musa should Osimhen have an off-day.

But one player that could truly light up the encounter is CSKA Moscow’s Chidera Ejuke.

The former Heerenveen winger is the Europa League’s best dribbler after just three matches, and he could be a handful for the Leone Stars should Rohr unleash him on Friday.