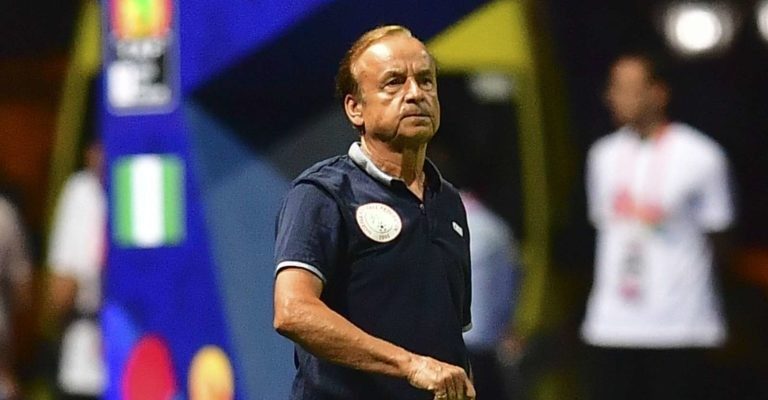 After throwing away a four-goal lead, the Super Eagles face the Leone Stars next Tuesday in the second leg of their Africa Cup of Nations qualifier, but they will have to do it without one of their players

Nigeria are set to be without Victor Osimhen for the second leg of their AFCON qualifying clash against Sierra Leone after the Napoli striker reportedly suffered a dislocated shoulder in the first leg encounter.

The 21-year-old scored the second goal in Nigeria’s disappointing 4-4 draw against their West African rivals but was stretchered off in the 78th minute following a fall.

It was initially hoped that the injury was not too serious, but according to the Super Eagles manager, Gernot Rohr per Colin Udoh, Osimhen is likely to miss the second leg next Tuesday due to a dislocated shoulder.

Just heard from Gernot Rohr. He tells me @victorosimhen9 has a dislocated shoulder. #NGASLE

Osimhen’s potential absence is a massive blow for the Super Eagles, especially after their embarrassing display on Friday evening.

The three-time African champions raced into a four-goal lead inside the opening 30 minutes, but the Leone Stars mounted an unlikely comeback to secure a dramatic 4-4 draw at full-time.

It’s a result that will give Sierra Leone hope ahead of the second leg at the Siaka Stevens Stadium, Freetown, next Tuesday.