For the first firs 40 minutes, it looked like the Super Eagles were going to set a new record in the first leg of their Africa Cup of Nations qualifiers against Sierra Leone.

Nigeria had gone 4-0 ahead inside the opening 30 minutes, and it looked like it was going to be a whitewash at that point.

However, what followed was arguably one of the best remontadas (comebacks) in African football history. Having conceded four in the first 30 minutes, Sierra Leone pulled one back four minutes before the break before scoring three times in the last 18 minutes to seal an incredible 4-4 draw.

The outcome was not in the script because as at the half-hour mark, it was a case of how many Nigeria would score.

But it won’t be a game of football if there was no drama, and the drama was Sierra Leone coming back from four goals down to earn a point at the home of one of Africa’s football powerhouses.

While it was a great match for the neutrals, for Nigerians, it was a disappointing result, and they made their feelings known at full-time.

According to reports in Benin, where the match was played, fans prevented the team bus from going out on time, while another section also took to Twitter to blast the team’s performance.

There have been talks that the team should take the blame, but the crux of the matter is that majority of the criticism should be directed at the team manager, Gernot Rohr.

The buck stops with him as he is the one in charge of selections and tactics. The German tactician made a couple of questionable decisions before and during the match, and it could see him lose his job before his contract, which he just signed, expires in 2022.

CHECK IT OUT:  Kidnappers of Nollywood stars, Cynthia Okereke and Clemson demand $100,000 ransom

The three-time African champions failed to win either of the two matches, losing to Algeria and drawing against Tunisia. But it was hoped Rohr learnt a lesson from both games.

However, that was not the case when he named his squad for the doubleheader qualifier against Tunisia. The former Bordeaux manager named a 24-man team with nine defenders, eight attackers and just four midfielders.

Of the four midfielders, one (Tyronne Ebuehi) was a defender, while Frank Onyeka had to withdraw and was replaced by Shehu Abdullahi, who plays as a right-back for the national team.

It left the Super Eagles with just Joe Aribo and Oghenekaro Etebo as the only midfielders in the squad. The lack of options in the middle of the park contributed to Nigeria’s capitulation on Friday evening.

It was evident that after the hour mark, Nigeria’s midfield combination of Aribo and Etebo were being overrun and needed fresh legs from the bench.

But because of the absence of options, the tired players had to play for the whole duration and were unable to match the Sierra Leoneans energy.

Etebo played as the defensive midfielder, but that’s not his natural role, and it was no surprise when he was caught out of position for Sierra Leone’s opener.

Rohr’s decision to have just two midfielders in the squad was not well thought as a Mikel Agu, who was not even on the standby list, could have been brought on to steady the ship.

Aside from the midfield problems, questions also need to be asked over his decision to play Kevin Akpoguma as a right-back.

Although it would be harsh to blame the Hoffenheim star for the goals, it was a surprise to see him start ahead of Tyronne Ebuehi and Ola Aina, who are the established full-backs in the squad.

Why invite them if you are going to play a centre-back in their place? That’s a question only Rohr can answer. The former Bordeaux manager in-game management has always been questioned, and it was a laid bare again.

With Sierra Leone gaining momentum in the last 20 minutes, it was expected that Rohr would bring on a defender for an attacker patch things up at the back.

While Semi Ajayi did come in, it was for Leon Balogun, who appeared to be injured. The other substitutions he made was Kelechi Iheanacho, Chidera Ejuke and Paul Onuachu for Ahmed Musa, Samuel Chukwueze and Victor Osimhen respectively.

An excellent in-game tactician would’ve noticed the attacking threat of the Leone Stars and make changes to suppress it.

Aside from Rohr’s tactics, the choice of Benin as the venue for the game was not the right one as the players felt uncomfortable on the bumpy pitch.

The grass was long and not the one the players are used to at their European clubs. While it is well-known in Nigeria that he who pays the piper dictates the tune, Rohr needs to start taking a stand on where he wants the Super Eagles to play.

CHECK IT OUT:  HIV activist drags man she allegedly had unprotected s3x with after he celebrated another woman on twitter

Preparation for the game was not ideal, and training even looked like a political photo-op after Edo’s state deputy governor joined the team’s first training session.

The following day, the Minister of Youth and Sport and the NFF President also joined in the act. We demand players take games seriously, but the administrators do not take it seriously themselves.

UPDATE: NFF President @PinnickAmaju joins in the evening session with the Super Eagles. He has quality passes, I tell you.

It was bad optics that must have annoyed the Sierra Leonean team, and who knows, maybe that was their motivation on Friday evening.

It was even worse to see the same NFF President criticising the team after the match, which raises the question on who is the coach of the side. But it was not a surprise given he likes playing to the gallery.

The good news for Rohr and his players is that they have the chance to redeem their image against the same opposition.

The two sides clash in the return leg in Freetown on Tuesday. Pinnick has said anything other than a 4-0 win will not be acceptable.

Nonetheless, any win will guarantee their qualification to the biennial tournament. However, a loss or similar performance to the first leg could be disastrous for Rohr and his players. 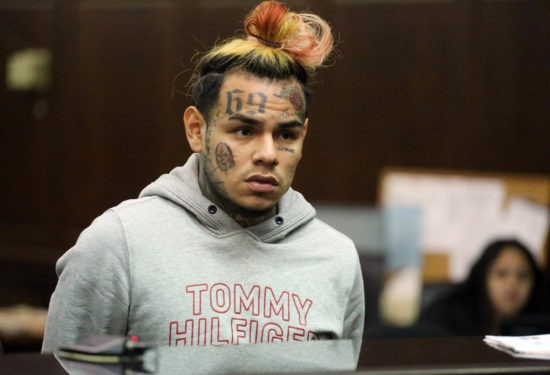 Loading... Tekashi 6ix9ine to be released from prison today over … 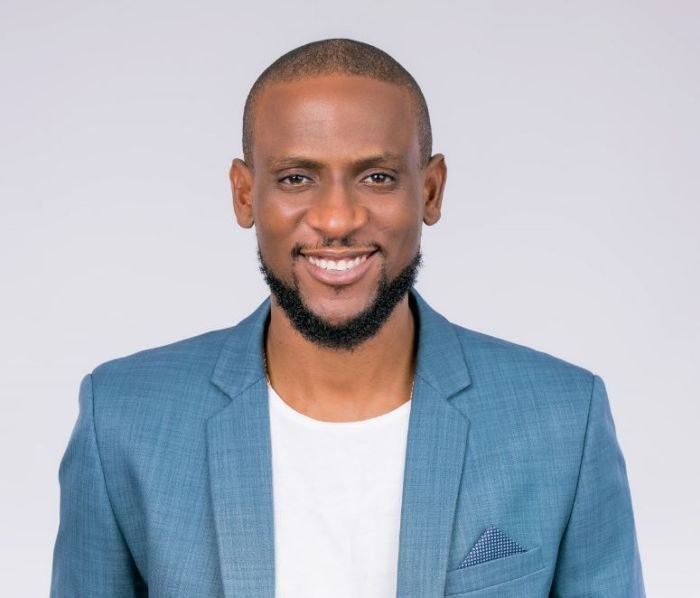 Loading... The controversial housemate, Omashola made the disclosure during a …