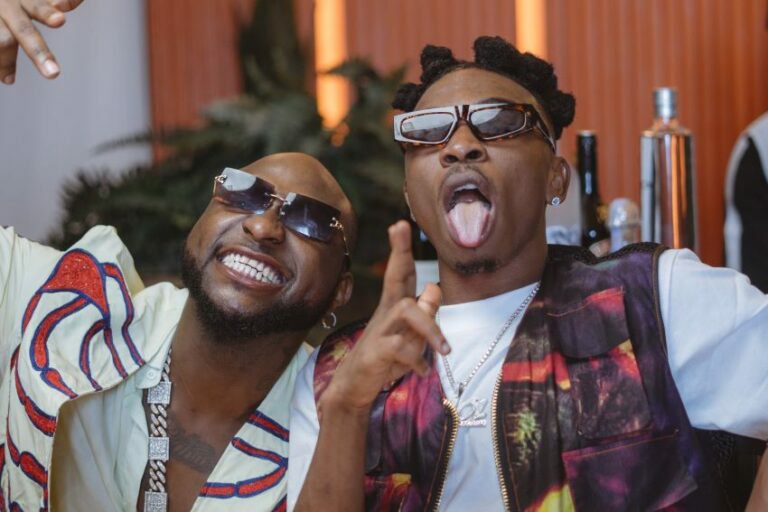 Popular Nigerian singer, David Adeleke also known as Davido, recently took his fans down memory lane back to the first chat he had with Mayorkun.

Mayorkun who has remained one of Davido’s successful artists signed to his record label, Davido Music Worldwide (DMX) continues to make OBO proud.

In the screenshot, Davido asks Mayorkun to resend a particular song. An hour later, Davido demands for his WhatsApp number as he reveals his intention to sign him.

Mayorkun who is stunned by this news did not hesitate to drop the WhatsApp number.

“Me and @IamMayorKun 1st messages to each other !!! I’m type emotional RN!! #THEBEST” 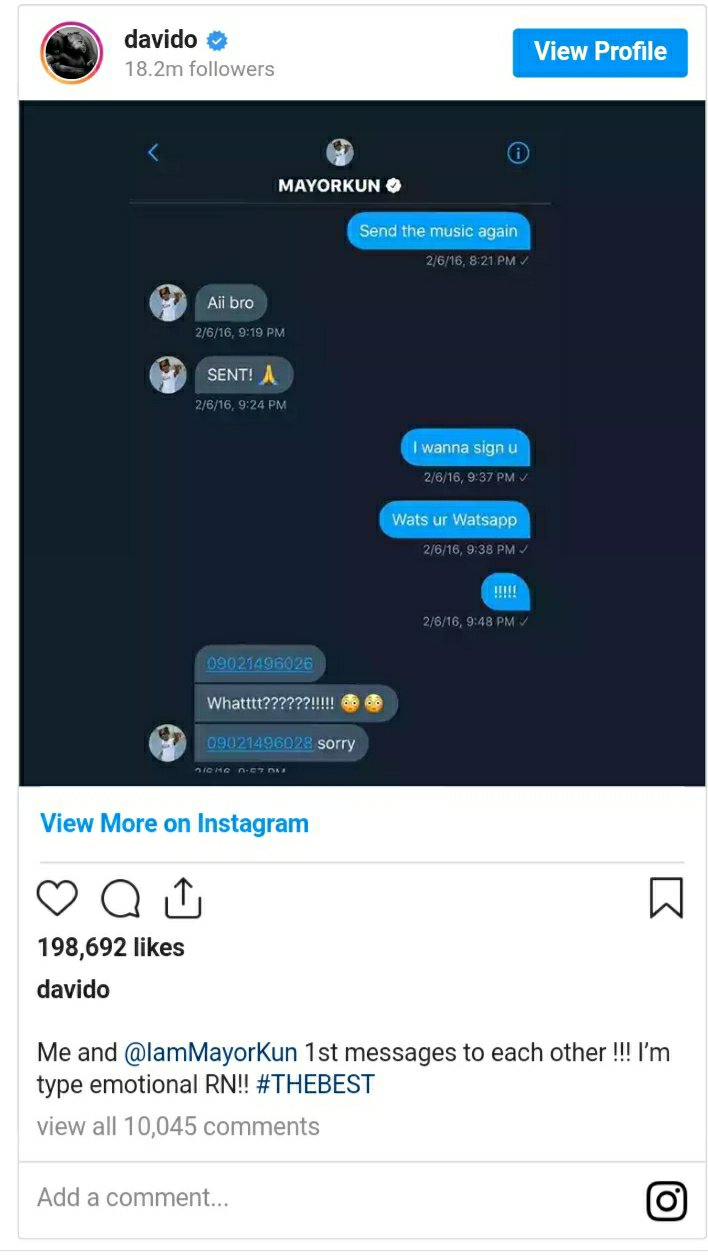 Mayorkun who was born Adewale Mayowa Emmanuel to actor parents shared a video of himself singing to Davido’s latest album, A Better Time, and at the same time, praising him for blessing Nigerians with lovely and great music.

The Eleko singer tweeted a video of him sang and danced that he learnt music from the boss, referring to Davido.

The post Davido shares the first message between him and Mayorkun appeared first on .

CHECK IT OUT:  Floating My Record Label The Best Part Of My Musical Journey- Simi