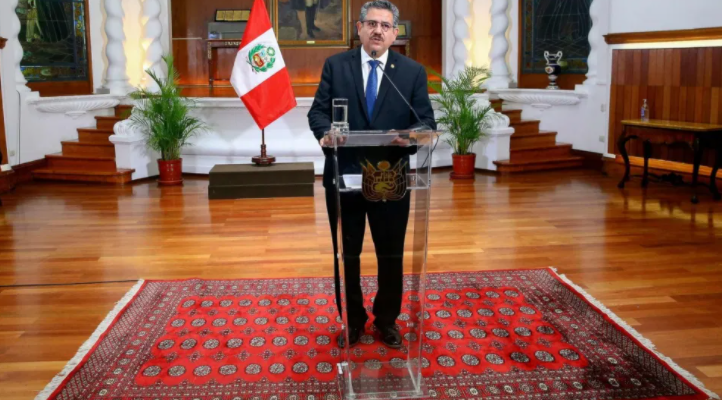 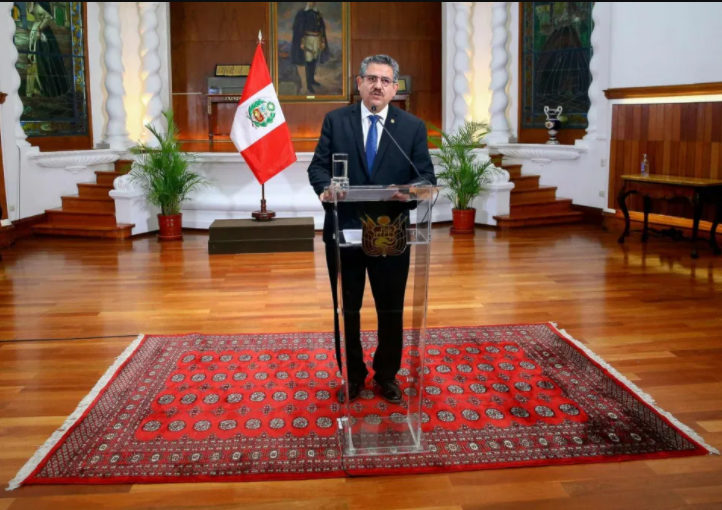 Peru’s interim president, Manuel Merino has resigned less than a week into his new administration after protests calling for his removal left two dead and dozens injured.

In a short televised address on Sunday November 15, Manuel Merino said he’d acted within the law when he was sworn into office as chief of state on Tuesday, despite protesters’ allegations that Congress had staged a parliamentary coup after his predecessor, Martin Vizcarra was removed over bribery allegations, which he denies.

“I want to let the whole country know that I’m resigning,” Merino said, a day after a police crackdown on protesters in Peru left at least two people dead.

“I, like everyone, want what’s best for our country,” he added.

The decision came after a night of unrest in which dozens of protesters took to the streets to protest against Merino following the removal of his predecessor, Martin Vizcarra, who was impeached on Monday, November 9.

During the protest, many were injured from blunt force, tear gas, or projectiles that rights groups say came predominantly from police using excessive force to quell the protests.

The largest march in Lima attracted thousands of people, with police using tear gas fired from helicopters to disperse protesters who were threatening to march towards the Congress building.

Human rights groups reported that 112 people had been hurt and the whereabouts of 41 others were unknown. Health authorities said the dead included Jack Pintado, 22, who was shot 11 times, including in the head, and Jordan Sotelo, 24, who was hit four times in the thorax near his heart.

CHECK IT OUT:  President Buhari Summons Service Chiefs For A Closed Doors Meeting