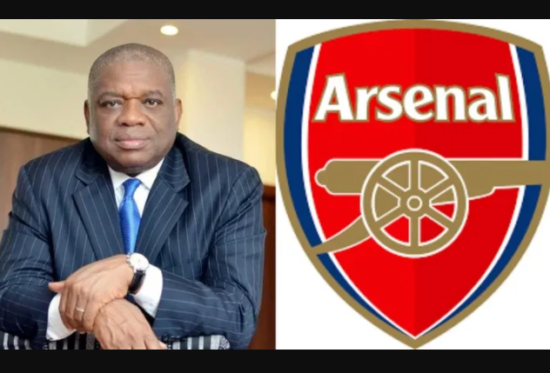 Former Abia state governor, Orji Uzor Kalu has declared interest in investing in Arsenal FC, stating that he will buy a staggering 35 percent stake at the Premier League club.

The current senator representing Abia North in the Nigerian National Assembly made this known in a post on his official Facebook page.

The 60-year-old politician stated that by buying a stake at the club, he is to ensure that the Gunners win the Champions League and the Premier League back-to-back as Enyimba did.

Our success with Enyimba football club between 2000-2007 has continuously increased my passion for football. As the pillar of sports in Africa , I am considering an investment in football and I will buy 35 percent stake in Arsenal FC.

Our target is to lift the Champions League and Premier League back to back as we did with Enyimba. 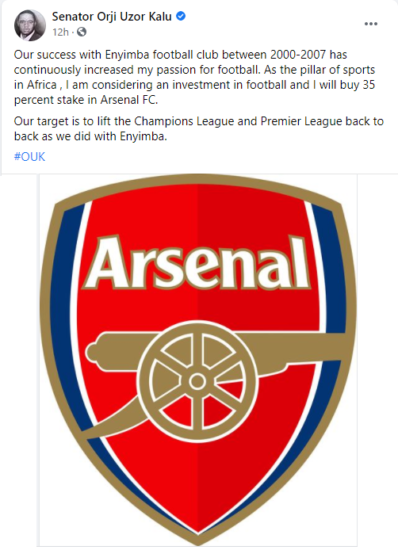 CHECK IT OUT:  ITS HAPPENING!! Arsenal Set To Replace Unai Emery With This Premier League Manager