Osimhen Out But Good News For Nigeria Ahead Of Sierra Leone Rematch - NaijaCover.Com
Skip to content 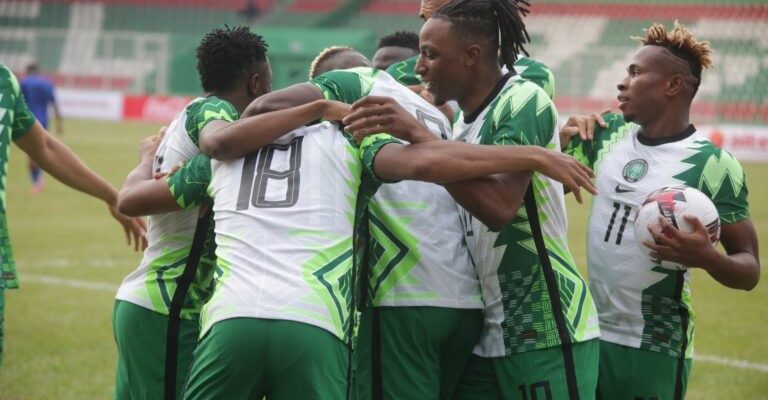 The Napoli striker is out of the second leg of Nigeria’s Africa Cup of Nations qualifier against Sierra Leone, but  there are no other injury worries, and the players are ready to go all out for victory

Nigeria have been handed a boost ahead of their second leg Afcon qualifier against Sierra Leone after manager, Gernot Rohr, revealed only Victor Osimhen would miss the encounter.

The former Lille striker had suffered a dislocated shoulder in the first leg while Samuel Chukwueze, Leon Balogun and Emmanuel Dennis were all doubts for the second leg clash in Freetown.

However, speaking ahead of the encounter today, Rohr revealed the Super Eagles have almost a full squad with only Osimhen the absentee.

When asked if there is any new injury concern, the former Bordeaux man told Super Eagles Tv: ‘No only this one from Osimhen.’ Unfortunately, we will miss him for a long time, but other players are here to come in.

Rohr also assured Nigerians that the team is ready to fight for victory this time after throwing away a four-goal lead in the first leg.

“They (fans) can believe the players will fight for all Nigerian supporters and will give the best,” Rohr said.

I think we are ready for this match. We miss Osimhen of course, perhaps another change in the team, but the players will have the honour to represent the country(today).

“We will give the best, they will fight until the end of the match,” Rohr added.