Nigeria To Battle England For Another Arsenal Star After Missing Out On Saka - NaijaCover.Com
Skip to content 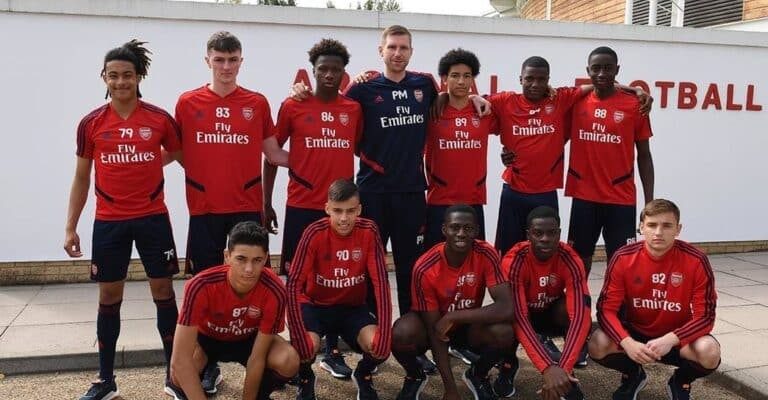 The Super Eagles recently missed out on the services of Bukayo Saka to the Three Lions, but that’s not the end of the battle between the two countries

Nigeria are set to battle England and Uganda for the services of Arsenal’s teenage goalkeeper, Ovie Ejeheri, according to Skysports.

The 17-year-old born in Greenwich, England, but to Nigerian and Ugandan parents. Ejeheri currently plays for Arsenal’s U-18 side, and the English FA are keeping a close eye on him.

However, according to reports, the Nigeria Football Federation (NFF) and Ugandan FA are also monitoring his developments at Arsenal.

The news comes after Nigeria were unable to convince Saka to represent them at the international level. Like Ejeheri, Saka was born in England to Nigerian parents and also grew up in Arsenal ranks.

The NFF tried to convince the Arsenal winger to represent Nigeria, but Saka eventually represented his country of birth.

While Saka chose England, Alex Iwobi, who also has a similar story, decided to play for the three-time African champions.