#LekkiMassacre: Lagos State Chief Coroner calls on the public to come and identify persons who went missing between Oct 19-27 - NaijaCover.Com
Skip to content 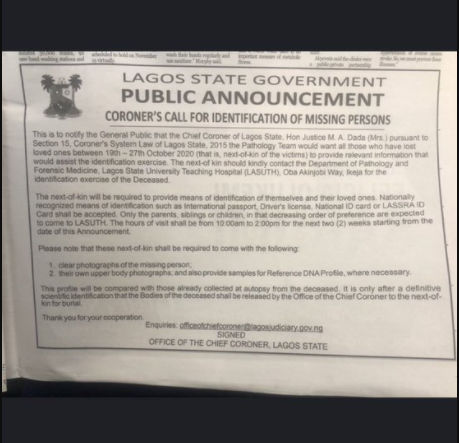 The Chief Coroner of Lagos State has issued a call for members of the public to come and identify bodies that arrived at the morgue between October 19 to October 27.

The press release from the office of the Chief Coroner asked “those who have lost loved ones between 19th – 27th October 2020” to contact the Department of Pathology and Forensic Medicine in Lagos State University Teaching Hospital, Ikeji.

The statement asked those relatives to come for the “identification exercise of the deceased.” 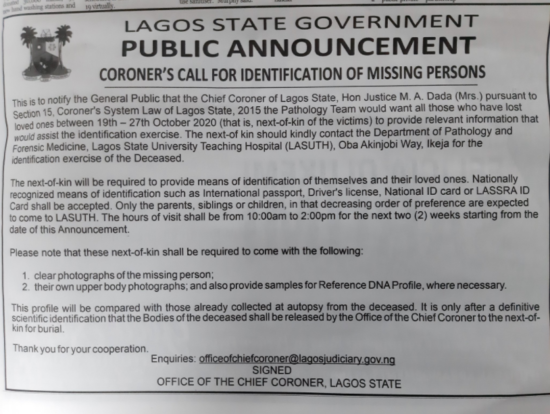 The Lekki tollgate shooting happened on October 20, 2020. Since then, the number of missing persons posts on Twitter have increased with people saying they haven’t seen loved once since the day of the Lekki shooting.

With the Coroner’s announcement, Twitter users have begun asking the government for answers. 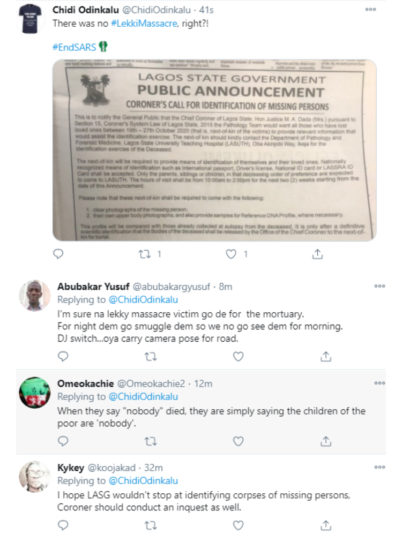 The post #LekkiMassacre: Lagos State Chief Coroner calls on the public to come and identify persons who went missing between Oct 19-27 appeared first on .