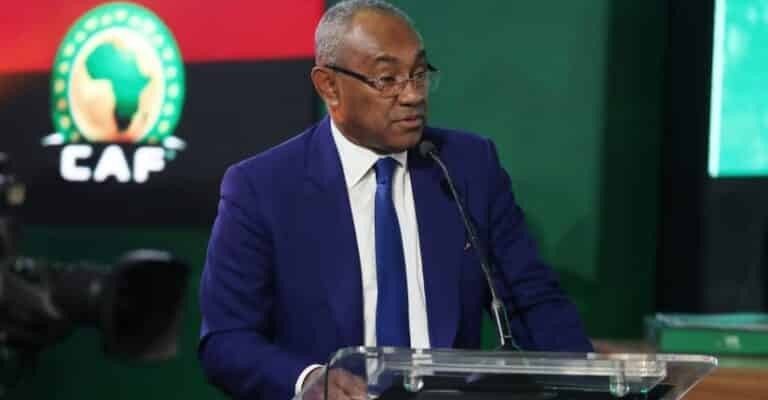 FIFA has banned CAF president Ahmad Ahmad from all football-related activities after finding him guilty of financial misconduct.

It comes after the Madagascan official announced his intention to run again as CAF President. Ahmad assumed the role of CAF president in 2017, replacing former president, Issa Hayatou.

The 60-year-old’s ban was announced in a statement released by FIFA on its website. According to the adjudicatory chamber of the independent Ethics Committee, Ahmad was guilty of accepting financial gifts and other benefits

The statement read: “The adjudicatory chamber of the independent Ethics Committee has found Ahmad Ahmad, the President of the Confederation of African Football (CAF) and a FIFA Vice-President, guilty of having breached art. 15 (Duty of loyalty), art. 20 (Offering and accepting gifts or other benefits) and art. 25 (Abuse of position) of the 2020 edition of the FIFA Code of Ethics, as well as art. 28 (Misappropriation of funds) of the 2018 edition.”

According to the committee, Ahmad was investigated for his conduct as CAF’s president between 2017-2019.

Some of the issues include the financing of an Umrah pilgrimage to Mecca, his involvement in CAF’s dealings with the sports equipment company Tactical Steel and other activities.

With Ahmad’s ban, Vice President, Contant Omari, is expected to be the acting President until the new election takes place on March 12 in Rabat, Morocco.

CHECK IT OUT:  A MUST READ – Things To Learn From Tacha’s Disqualification