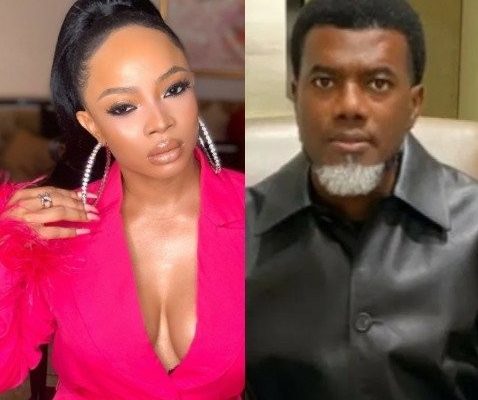 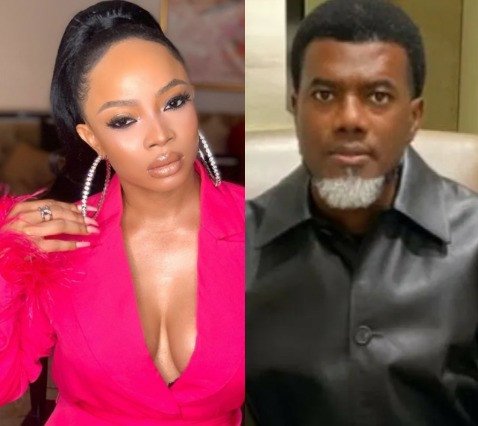 On Monday, November 23, Reno shared a post on his Twitter handle where he threw jabs at ”divorced women ” and ”slay queens” by using throwback photos of former first lady, late Mrs Maryam Babangida. See below 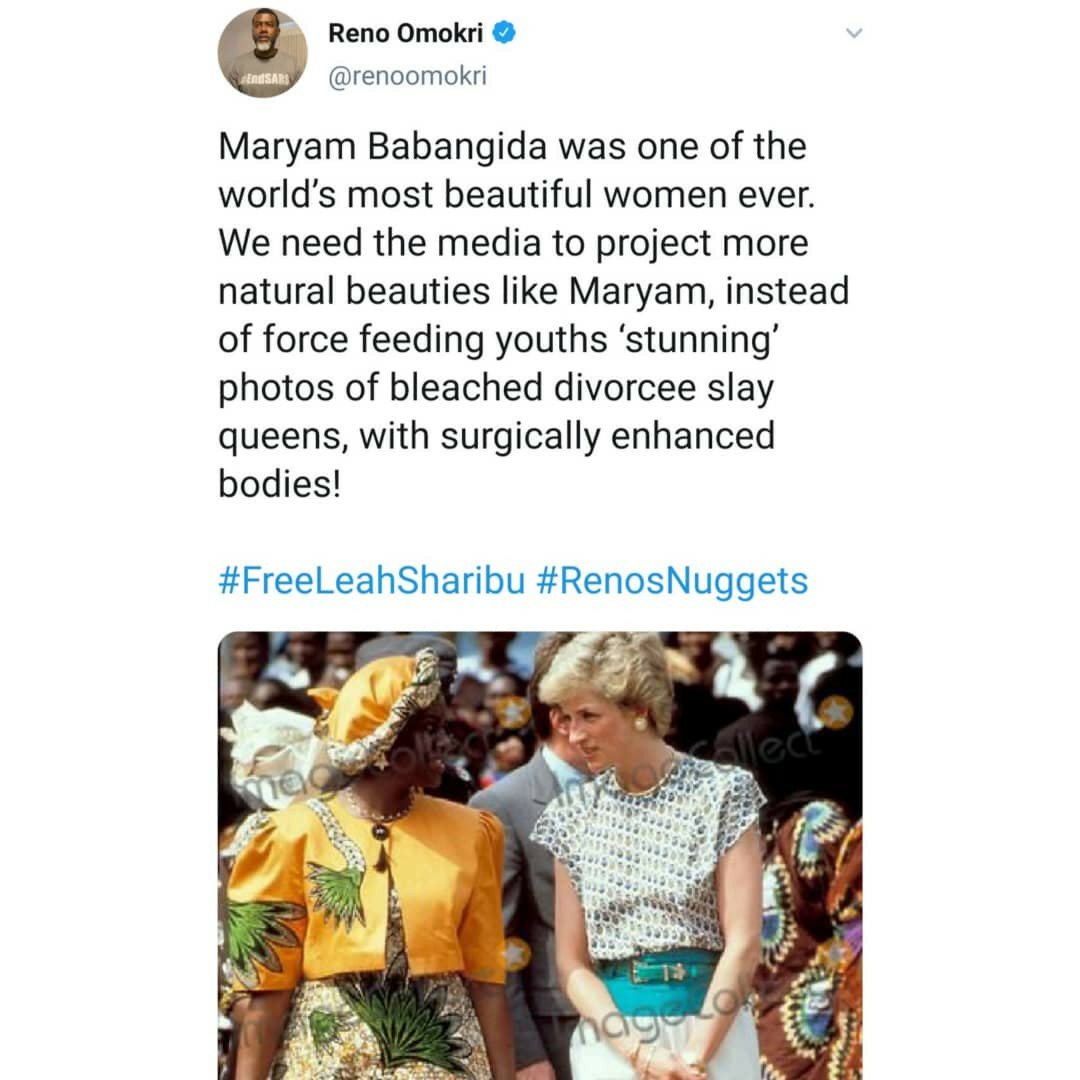 Toke felt the jab was directed at her and has taken to her Twitter handle to slam him.

Describing Reno as an ’embarrassment”, the media personality pointed out that being divorced is nothing to shame anyone about. Read her post below

”Wow, at your age? Your wife and kids must be cringing for you, such an embarrassment. “Divorced” is nothing to shame anyone for, life happens. People like you are the reasons why a lot of people stay in unhealthy situations and lose their dignity and In some cases their lives.

You can celebrate a version of beauty without putting another down, you don’t have to meddle in women’s business too. If you have a daughter I hope she gets the courage to never deal with a man as uncouth as you, stop with the misogyny.

I don’t care about shots intended my way, what I do care about is the group of women you singlehandedly insulted with your “Divorcee” comment, to divorce is not a crime, every divorced person has survived something and sometimes getting a divorce is the only option they have

Enough with the divorce shaming of Anyone, I don’t see a divorced man being shamed for living his life after his failed marriage, people like that clown are probably in unhealthy marriages too. God forbid I marry a man who tweets that kind of garbage, sighhh.

Everyone has a divorced person that they know, it can happen to anyone, that we divorced and alive should be encouraged, people are dying each day living in unhealthy situations and while I’m not advocating for divorce, if leaving is what you need to do, do it in peace.

You cannot survive a bad marriage, survive a mental breakdown and then now have to deal with judgement from people who have not walked a mile in your shoes, it should not be encouraged. Someone’s journey does not have to be your cup of tea, that’s ok but you must respect it.

Dragging my divorced slay queen naked ass back to my holiday and waking up to the most beautiful view. In my bed and outside my room. Love and light xx” Toke tweeted 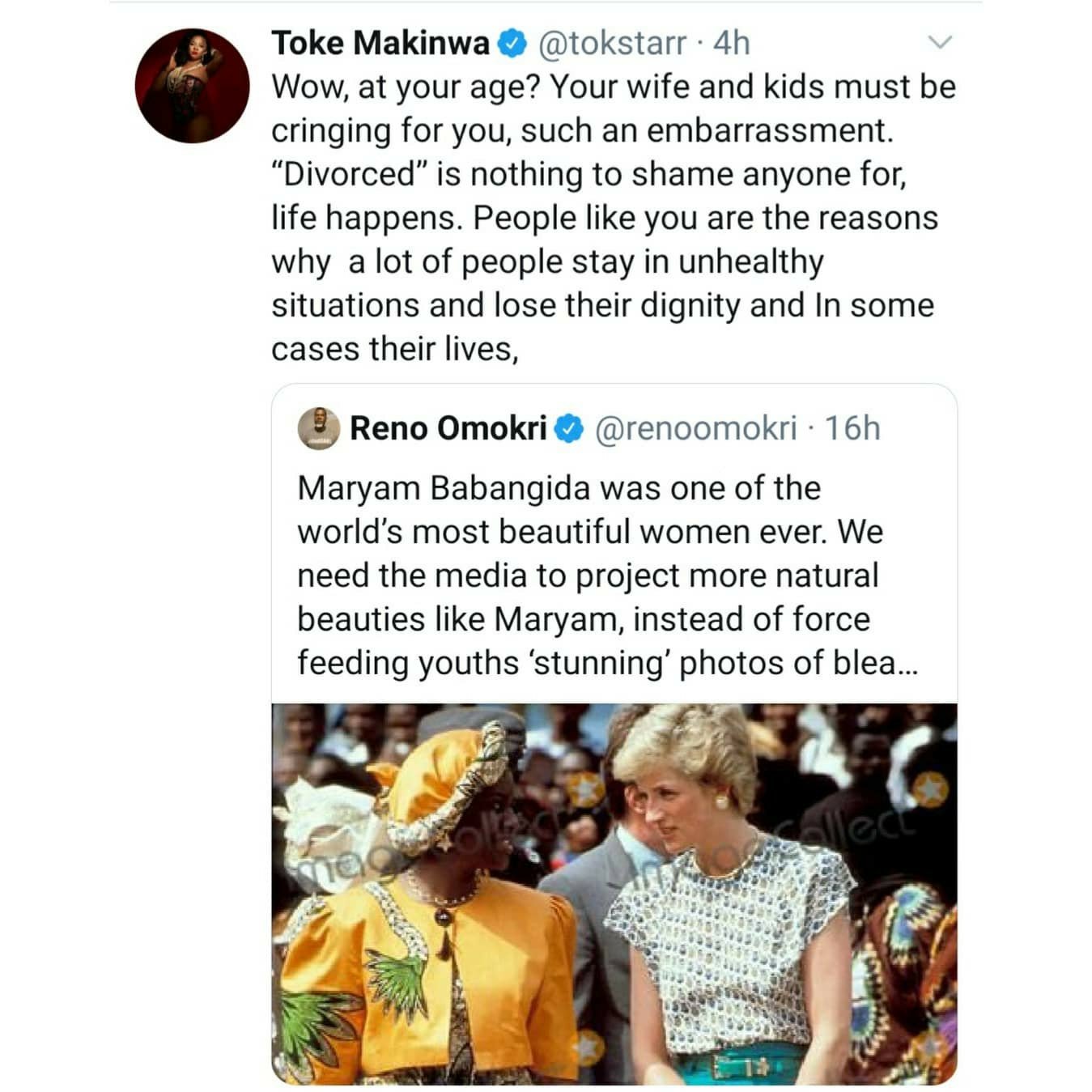 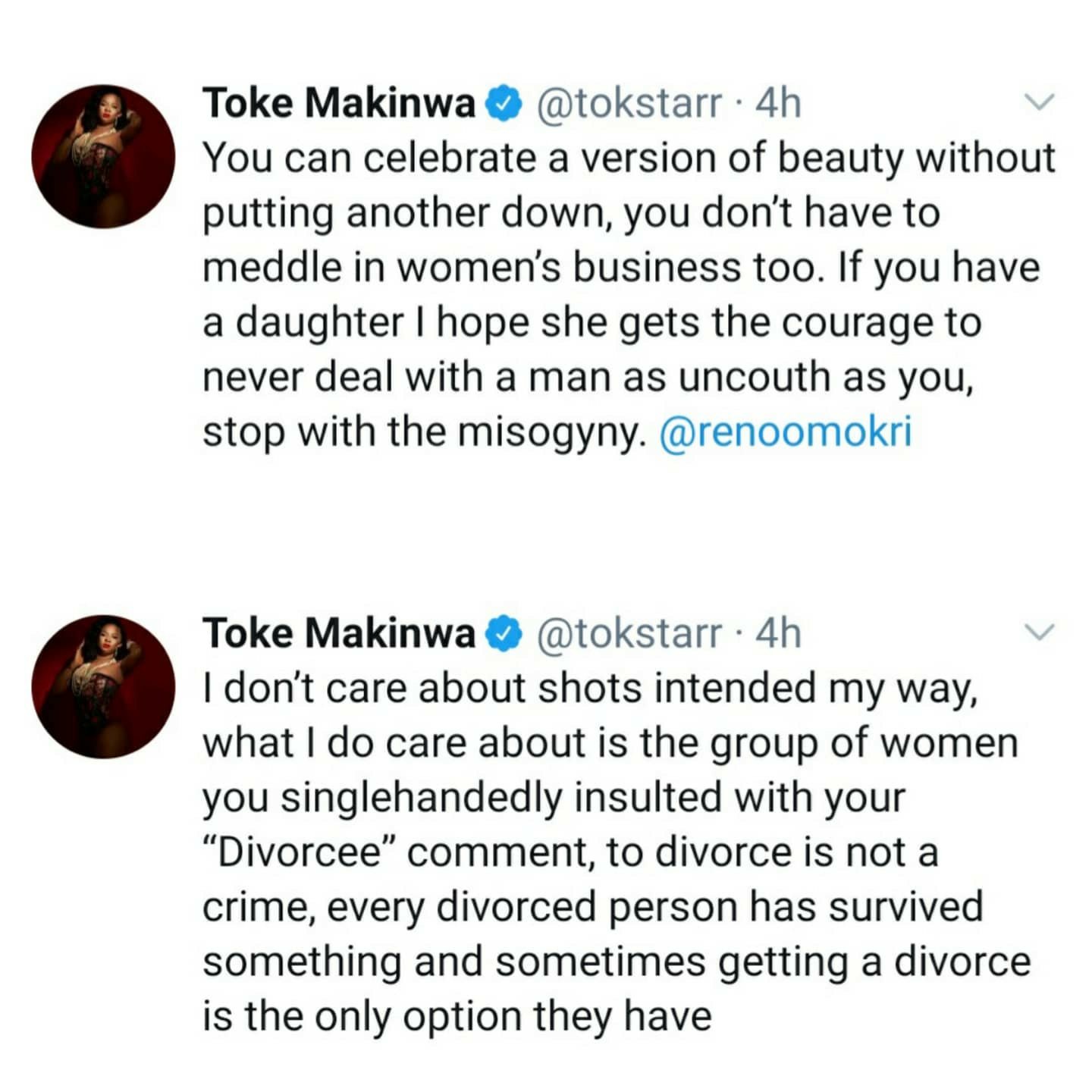 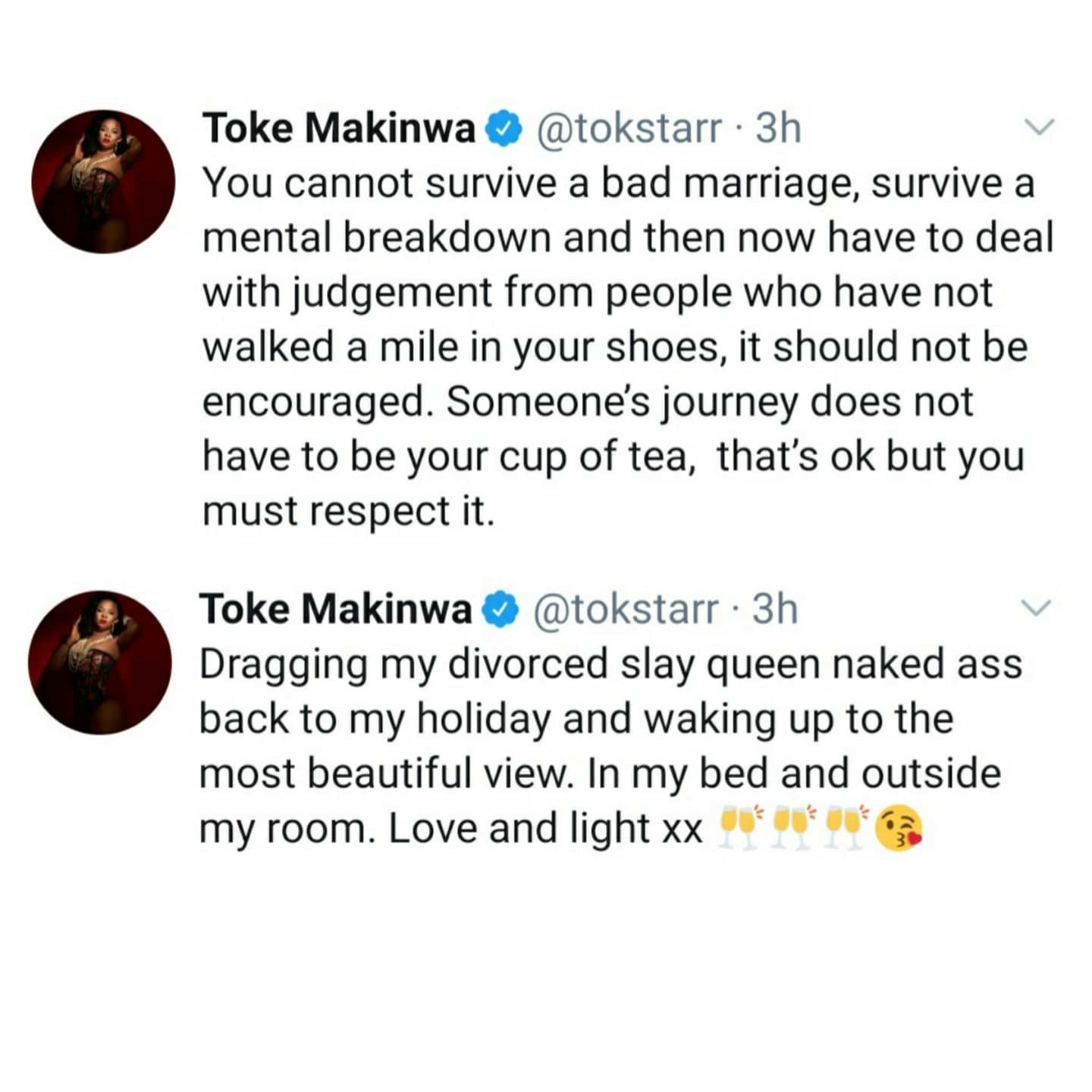