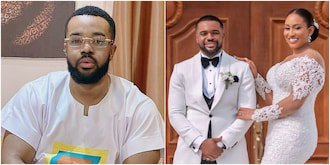 Newly married actor Williams Uchemba has taken to his Facebook page to make clarifications about an allegation that he is only interested in having love affairs with men.

A few days ago, a blogger called Ken Ugo alleged that Williams is not straight. In a now-deleted post, Ugo stated that he does not understand why a man who is strictly into men will go and marry a woman.

According to him, Williams’ marriage is dead on arrival as his wife would soon cry out for help.

Reacting to the allegation, Williams said that his accuser must ensure he has evidence to back up his claims.

According to him, he will respond to any allegation with the full weight of the law if it is false.

The Nollywood actor went on to note that chasing clout seems like fun until the clout turns around and bites the person.

While he stated that he usually ignores some accusations, he said he decided to pay attention to the one about him not being straight and also wanted to clarify it on time.

Read his full statement below: 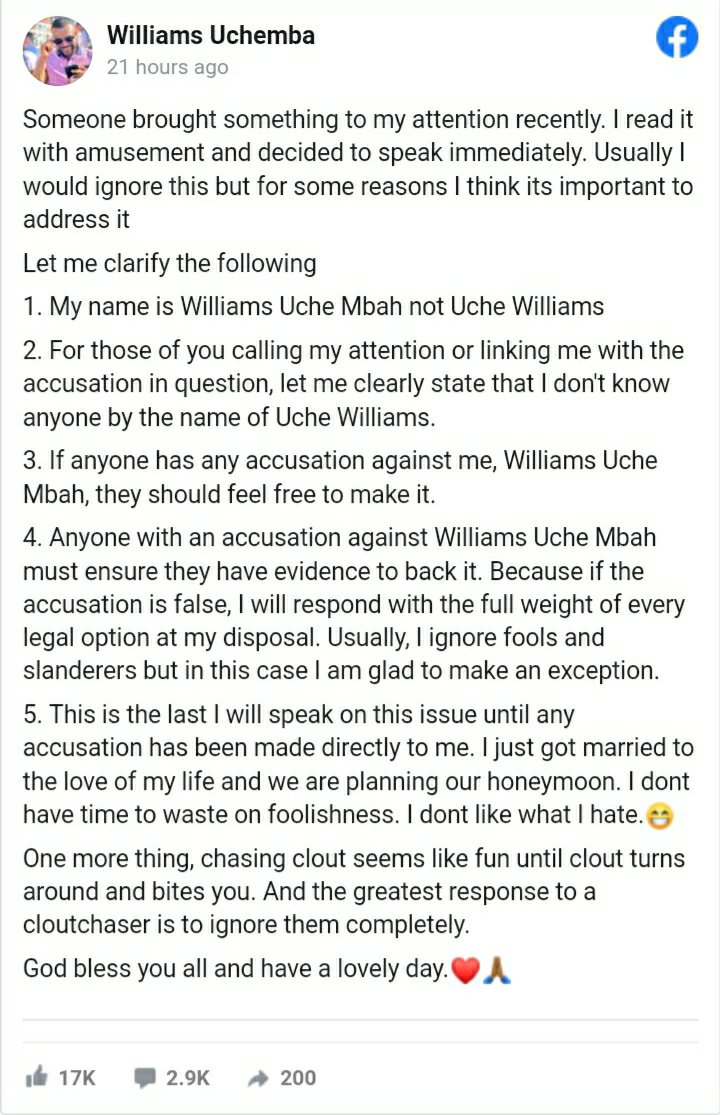 The post Actor Williams Uchemba replies blogger who accused him of not being straight appeared first on .

CHECK IT OUT:  Cubana Chief Priest Calls Davido And His Uncle Loosers Under PDP