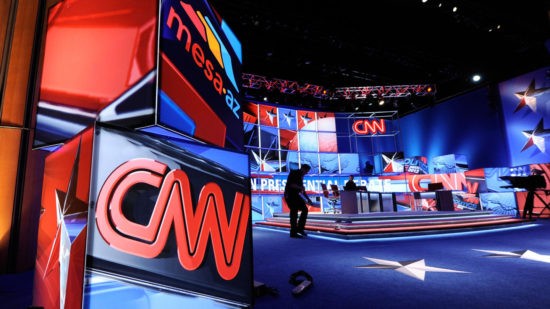 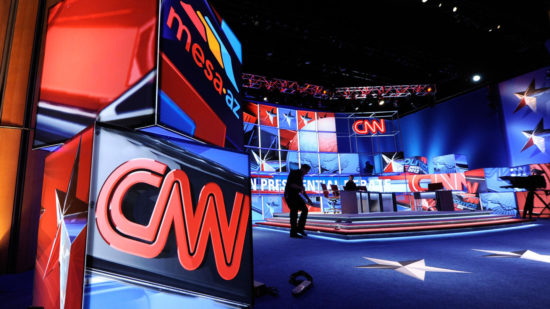 On October 23, CNN Africa had tweeted that at least 38 persons were killed on Tuesday, October 20, when the military opened fire on peaceful protesters. This tweet was referring to the Lekki shooting incident.

But the President failed to address the carnage during his speech on Thursday, drawing criticism from protesters who accuse him of failing to show empathy & unify the nation”

In an updated tweet, CNN Africa has now come out with a clarification. It reads:

”Clarification: This tweet from October 23 did not attribute the death toll from protests in Nigeria to Amnesty International. The tweet also did not make it clear that the death toll was for protests across the country.” 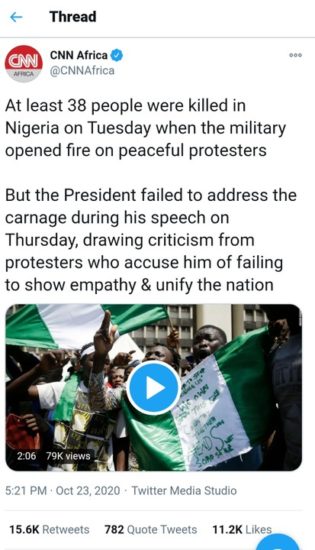 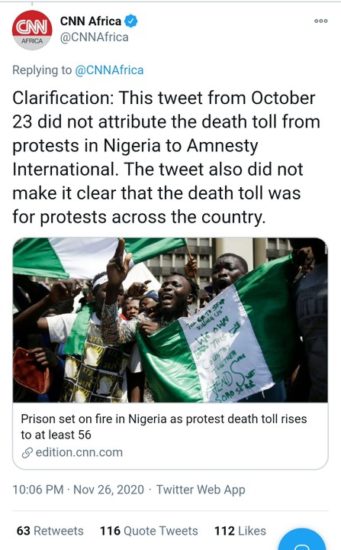 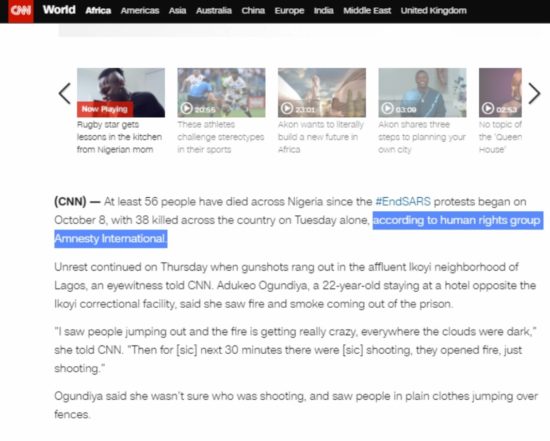 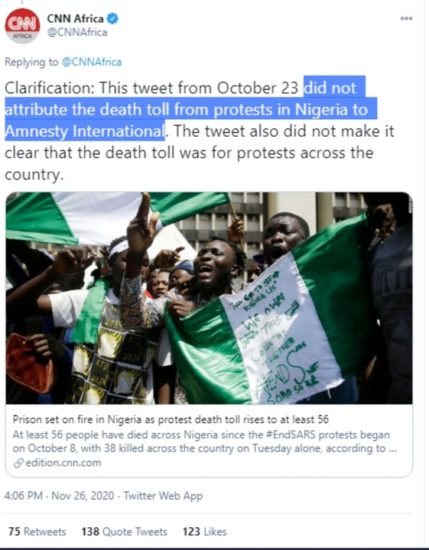 CHECK IT OUT:  Meet Buhari’s Die-Hard Fan, Ahmed Who Is Trekking To Celebrate The President’s Victory (Photo)