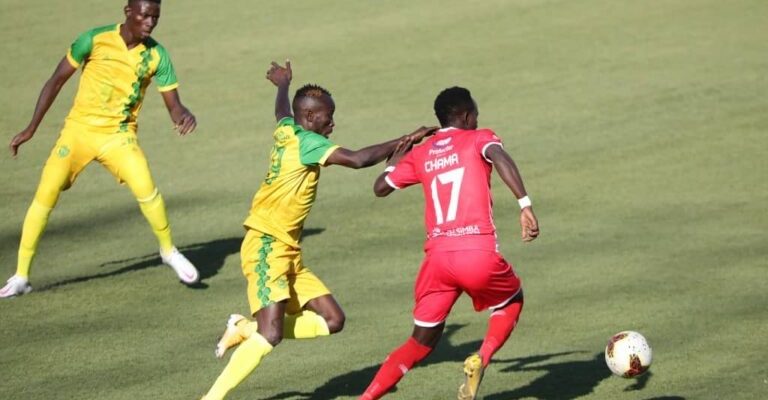 Enyimba International FC stunned their Burkinabe hosts Rahimo 1-0 in Ouagadougou to take a massive advantage away from their first leg of their Caf Champions League preliminary round match on Sunday.

Victor Mbaoma’s second-half header inside the sprawling Stade du 4 Aout was all coach Fatai Osho’s men needed to confirm their superiority over the little-fancied home side.

Despite being far from home, Enyimba were, for the most part, the better of the two teams, creating more chances, having more shots on/off targets, and winning more corner-kicks.

And it was from one of those corner-kicks that substitute outjumped his marker to head in an Anayo Iwuala delivery in the 76th-minute.

The return leg is billed for the Enyimba Stadium in Aba on December 6, and the two-time Champions League winners will be keen to make it a double over their Burkinabe counterparts.

It was, however, far from being an excellent evening for Nigeria’s second representative in the Champions League as Plateau United lost 0-1 at the New Jos Stadium to Tanzania’s Simba FC.

In only their first competitive game since March when they were awarded the NPFL crown via PPG points after coronavirus struck, Plateau United were rusty and wasteful, allowing the visitors to bag a valuable away win in the preliminary round of the competition.

The Peace Boys dominated proceedings from start to finish, but Clatous Chama’s goal against the run of play for the visitors 10 minutes into the second half condemned the Nigerian champions to a shock home loss.

CHECK IT OUT:  “Letter To Runs Girls Forming Motivational Speakers On Social Media” – By Joro Olumofin

The two teams meet again for the reverse fixture at the Benjamin Mkapa National Stadium, Dar es Salaam on December 5, and Plateau United will look to pay back the Tanzania’s kings in their own coin.