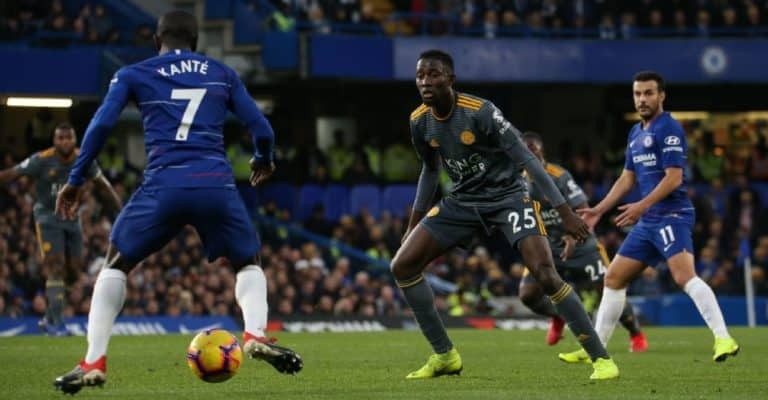 The Super Eagles star will not feature in the Premier League clash against Fulham, but he is edging closer towards a return to action

Wilfred Ndidi could make his return from a lengthy layoff when Leicester travel to Ukraine to take on Zorya Lugansk in a Europa League match on Thursday.

Ndidi has not played for the Foxes since the 4-2 win over Burnley last September. Although he played the whole duration of that clash, he picked up an injury, which required surgery.

Following his successful, surgery, Leicester manager, Brendan Rodgers revealed the Nigerian international would be out for three months.

But it appears he has made a return earlier than scheduled after resuming training two weeks ago. Leicester face Fulham on Monday evening with a chance to go joint top, although  Ndidi won’t be involved.

However, according to Rodgers, the former Genk star could return in Thursday’s Europa League clash against Zorya.

When asked if the injured players would return for the Fulham clash, Rodgers said on LCFC website: “It will be the same squad.”

“Some of the other boys are training. We’ve got the likes of Ricardo, Wilf and Çağlar… we’re hopeful of getting them some game time in Luhansk when we go there for our next European venture (next Thursday night),” he added.

Ndidi’s potential return is a massive boost for Leicester ahead of the busy festive period.

CHECK IT OUT:  LET’S TALK! What Is The Best Way To End An Argument With Your Partner?