Wizkid’s “Made In Lagos” makes The Guardian UK’s ‘Top 50 Best Albums Of 2020’ - NaijaCover.Com
Skip to content 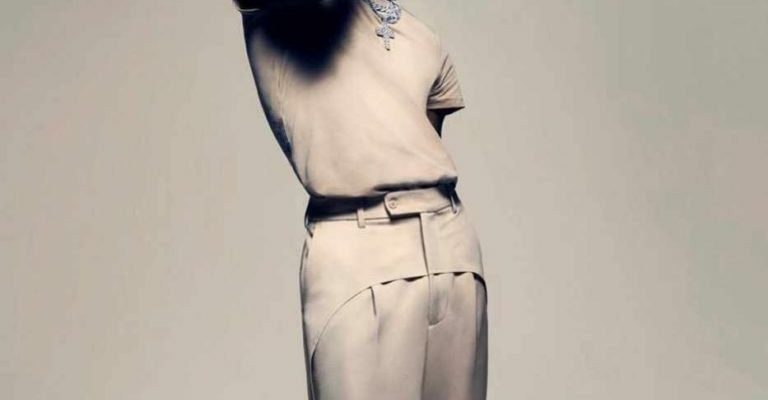 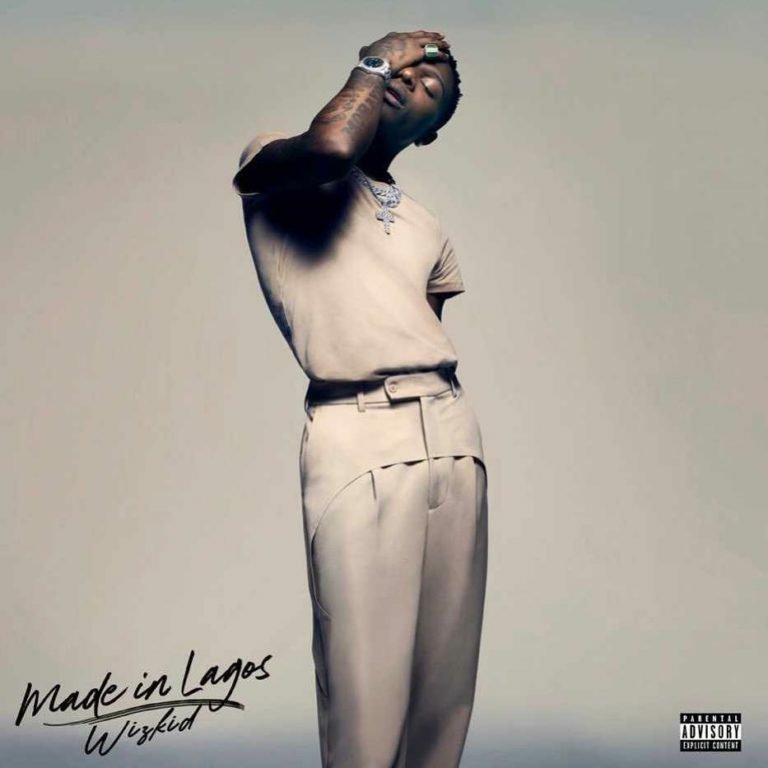 Wizkid‘s critically acclaimed album “Made In Lagos” has been listed among The Guardian UK‘s Top 50 Best Albums of 2020, making the album the only African album on the list.

According to the publication, the list is drawn from votes by Guardian music critics – each critic votes for their top 20 albums, with points allocated for each placing, and those points tallied to create this order.

The 14-track album not only envelops listeners in the unique sounds, live instrumentation and vibes of Lagos but celebrates Wizkid’s love and appreciation for where he comes from and his inspirational journey with standout tracks such as “Blessed” and “Reckless.” The project includes features from an incredible group of chart-topping artists – Burna Boy, Skepta, Damian Marley, H.E.R., Ella Mai and Starboy Entertainment’s youngest signee Terri.

Talking about the album, here’s what The Guardian UK wrote:

Nigerian pop continued to establish itself more firmly on the international stage in 2020 with successful albums by Burna Boy, Davido, Tiwa Savage, Tems, and more. The best of them all was this lilting, versatile record by Wizkid. Guest stars from across the Black Atlantic – Skepta and Ella Mai from the UK, HER from the US, Damian Marley, and Projexx from Jamaica – create the sense of a diasporic dialogue, where reggae, dancehall, rap, and Afro-swing seamlessly and sensually intertwine. 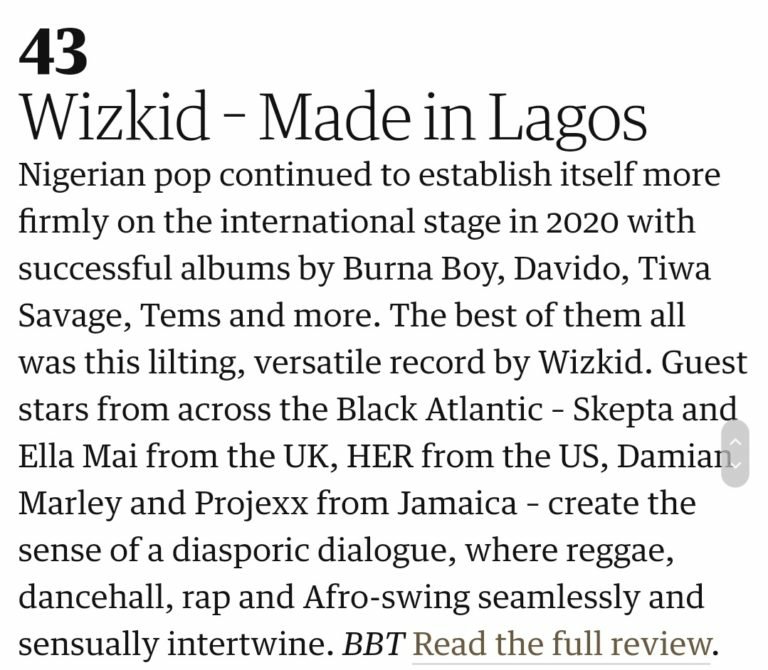