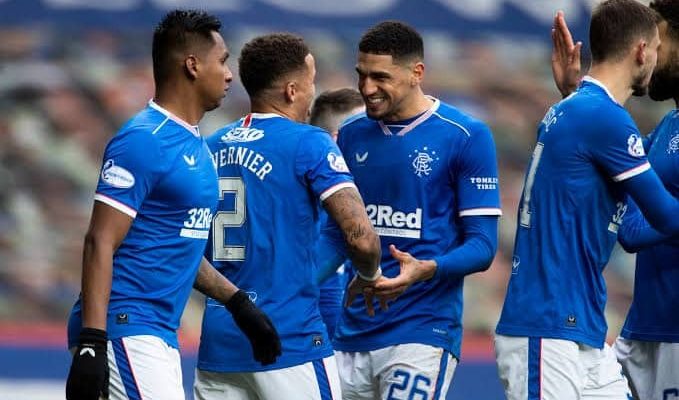 The Gers have been involved in several high scoring encounters this season, and Thursday’s clash with Standard Liege side was no different

Nigeria international Leon Balogun was involved in one of the most exciting Europa League games of Game Week 5 as Rangers showed incredible resilience to secure a come-from-behind win over Belgian First Division A side Standard Liege at the Ibrox Stadium.

Rangers comfortably won the reverse fixture 2-0 in Belgium on matchday 1 of this season’s Europa League group campaign and were favourites before kick-off on Thursday night.

But Standard Liege had other plans for the Group C leaders and twice took the lead in Scotland.

Maxime Lestienne handed the Belgian giants an early lead within six minutes of kick-off, but Barisic set up Connor Goldson nicely to equalize half an hour later.

Moments later, though, Rangers’ defence went to sleep again, allowing Duje Cop to fire the visitors into another lead.

But just before the halftime whistled, the hosts were offered a lifeline from the penalty spot, which skipper James Tavernier duly dispatched to level proceedings heading into the interval.

The Gers then completed the comeback shortly after the hour-mark when midfielder Scott Arfield pounced on a Ryan Kent’s pass to direct a fine strike past Arnaud Bodart in the Liege goal.

Nigerian midfielder Joe Aribo was an 80th-minute substitute for Alfredo Morelos in the encounter.

The win takes Rangers to 11 points from five matches played and guarantees that the Scottish giants will finish in the top two spots of Group J.