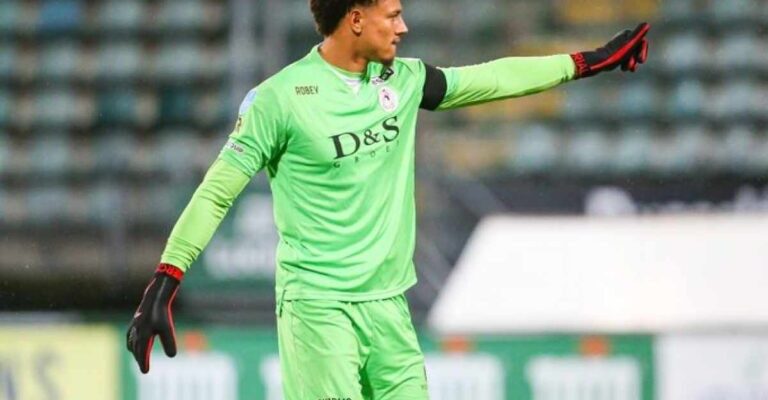 Maduka Okoye was impressive as Sparta Rotterdam secured their third league of the season following a 2-1 victory over Emmen in the Dutch Eredivisie clash between the two sides on Friday night.

Okoye, who started the season on the bench following his move from Fortuna Dusseldorf, appears to have finally made Sparta’s number one spot his own after making his fifth league appearance of the season.

The 21-year-old played a starring role on Friday night, making two saves while he also had a hand in Sparta’s opener.

Deroy Duarte put Henk Fraser’s side ahead in the 22nd minute, but Miguel Araujo levelled scores for the away side seven minutes after the break.

However, Sparta would eventually have the day as Abdou Harroui scored the winner in the 58th minute. The win lifts Sparta to ninth with 12 points from 11 games.

CHECK IT OUT:  TRANSFER LATEST! Arsenal To Splash £42.5million To Sign This Ajax Star