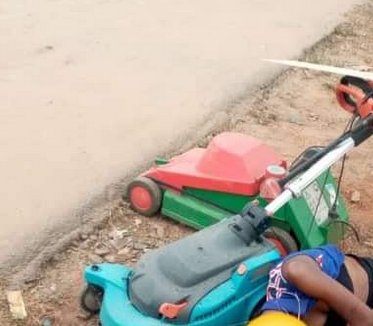 Posted By Udokabestluv On December 5th, 2020

It was gathered that the armed men stormed the centre at exactly 12:50pm and went straight to the young girl said to be in her early twenties, who was operating the POS shop.

According to reports, the robbers collected her mobile phones, undisclosed amount of money and other personal items and still shot her dead though she did all they asked her to do.

The dare devil armed men later zoomed off towards the Sapele road end of Benin city.

Some sympathisers at the scene described the deceased as a young promising girl who was into POS business to make ends meet. CHECK IT OUT:  Man Commits Suicide After Being Accused Of Rape