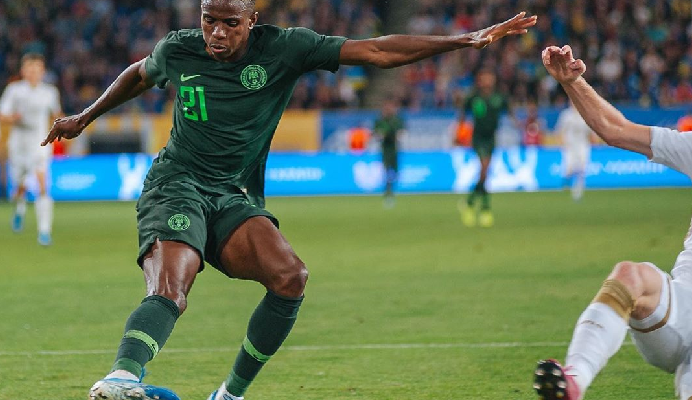 Super Eagles striker has refuted claims that he received a wrong medical treatment from the Nigerian team doctors, which has left Napoli unhappy.

Osimhen picked up a shoulder injury in Nigeria’s 4-4 draw against Sierra Leone and has missed Napoli’s last four games as a result.

However, according to reports in Italy, Napoli medical team claimed the Nigerian doctors tried to pop the shoulder back into the place before the striker returned to Italy.

And this has delayed the 21-year-old’s return. However, Osihmen has now shut down the report saying there’s no truth to it.

The former Wolfsburg striker took to his Twitter account to deny the report. Osimhen tweeted: “not true tho(though)” in reaction to the account that broke the original story.

Osimhen has made eight appearances for Napoli since his record-breaking move from Lille, scoring two goals in the Italian top-flight.