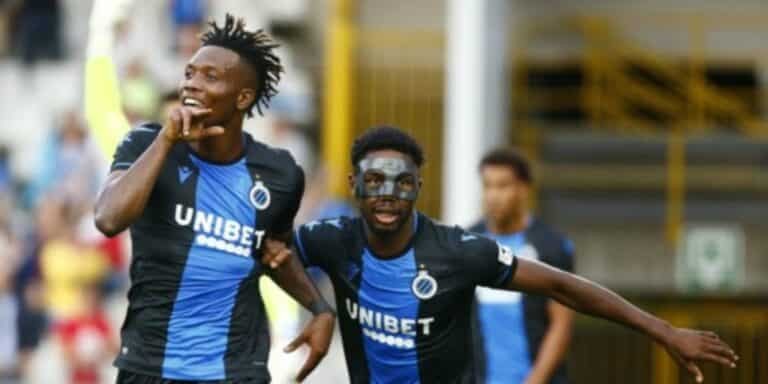 David Okereke was among a couple of Nigerian players that hit the target on Saturday. The former Spezia Calcio striker scored the lone and winning goal as Club Brugge edged out St, Truiden to return to the top of Belgian Jupiler League.

In Portugal, Zaidu Sanusi scored his second goal for Porto as the Portuguese champions narrowly beat Tondela in a 4-3 thriller.

Meanwhile, it was not so good for Tyronne Ebuehi despite featuring for the winning side as Twente stunned Ajax at the Johan Cruyff Arena.

Ebuehi, who is enjoying his football again following a longterm injury, was taken off in the 80th minute with a suspected hamstring injury.

In England, Alex Iwobi featured once again in an unfamiliar wingback role as Everton played out a 1-1 draw against Burnley at Turf Moor.

Everton manager, Carlo Ancelotti, has used Iwobi in this new role in the last two games and it did not change on Saturday.

Robert Brady gave Burnley the lead inside the opening three minutes but Dominic Calvert Lewin strike just before half-time earned a point for the Tofees.

However, Mikel’s absence did not affect the Potters as they managed a 1-0 victory over the side from the Teesside.

In another Championship game, Super Eagles vice-captain, William Troost Ekong, made a return to Watford’s starting lineup, but he could not prevent the Hornets from losing at home to Cardiff City.

Kieffer Moore’s strike two minutes before halftime was enough to give the Bluebirds the win at Vicarage Road.