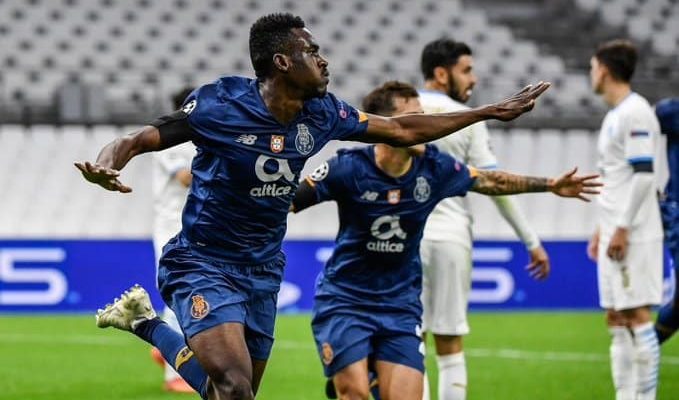 Zaidu Sanusi scored his second goal for FC Porto after he opened the scoring in Porto’s thrilling win over Tondela on Saturday night.

The Super Eagles star put the Dragons ahead in the fourth minute through a brilliant low strike from the inside the box.

It was Sanusi’s second goal for Porto after opening his account in the win over Olympique Marseille. However, the lead did not last for long as strikes from Mario Gonzalez (20′), and Rafael Barbosa (33′) turned the tie around for Tondela.

But Moussa Marega drew Porto level just before half-time before he scored his second three minutes after the break.

Mehdi Taremi then made it four to put the champions in a comfortable position. Although Mario Gonzalez second of the night set up a nervy finish, Porto held on for a thrilling win.

The win lifts Porto to second with 19 points from nine games four behind leaders, Sporting Lisbon.

CHECK IT OUT:  Hudson-Odoi Wants Hazard’S No.10 Shirt At Chelsea If Madrid Transfer Works