Akpeh In, Omeruo Out As Leganes Step Closer Towards La Liga; Ibrahim Dumped Out Of Cup Race - NaijaCover.Com
Skip to content 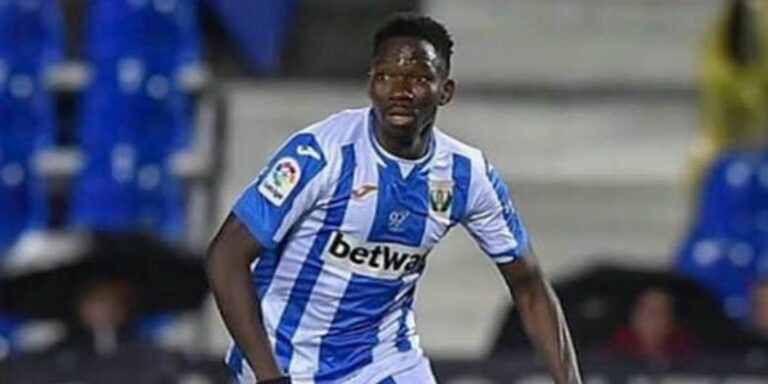 Leganes carved out a 0-0 draw with Tenerife in a Segunda Division matchup with Super Eagles defender Kenneth Omeruo the happier of the two Nigerians present inside the Estadio Heliodoro Rodríguez Lopéz in Santa Cruz de Tenerife.

While Omeruo spent the entire duration of the encounter on the visitors’ bench, compatriot Emmanuel Akpeh was a 74th-minute substitute for the home side as coach Luis Miguel Ramis searched for a late winner.

Omeruo could not add to his eight caps for the Cucumber Growers this term, but he would be pleased to see his club picked the point that pushes them to joint-third on the Segunda División table.

Leganes got relegated from La Liga last season and are looking to bounce back instantly to the Spanish top flight.

Meanwhile, in Croatia, teenage Nigerian attacker Aliyu Ibrahim got a fine goal for Lokomotiva Zagreb, but it was not enough as HNK Gorica advanced to the next stage of the FA Cup with a 3-1 triumph.

Josip Mitrović opened the scoring for Gorica on the half-hour mark, but Ibrahim equalized for Lokomotiva five minutes into the second period.

But two goals in five minutes from Lovric and Dieye midway through the half propelled Gorica to the quarterfinals of the competition.