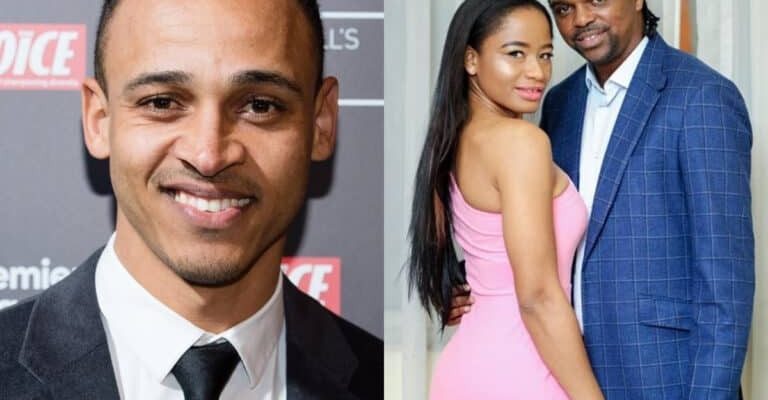 The wife of the former Super Eagles captain was involved in some drama with the former Stoke City man, but it appears she has moved on from the controversy

Amarachi Kanu, the wife of Nigerian legend, Kanu Nwankwo has put the drama that happened in the last few weeks behind her after she posted a picture of her and her husband with a love caption.

Amarachi was in the news last week after former Super Eagles star, Peter Odemwingie hit out at her for sending him unsolicited messages and also her parenting style.

Osaze, who used to be a former teammate of Kanu Nwankwo, expressed his displeasure over some messages he received from Amarachi while he also questioned her parenting qualities.

The former West Brom attacker was unimpressed with a picture Amarachi took with her son, saying the son was making a sign which glorified the devil.

Although Osaze has explained the reason for his actions and also apologised, it left Kanu uncomfortable, and the Arsenal legend had to come out to defend his wife.

It now appears the matter is over after Amarachi posted a picture of her and Kanu in an Arsenal jersey. The fitness trainer accompanied the image with a love emoji caption.

Amarachi has been married to Kanu for 16 years with the union blessed with three children.

CHECK IT OUT:  Can This Be True?? Buhari, APC Begging Atiku Not To Go To Court – Buba Galadima