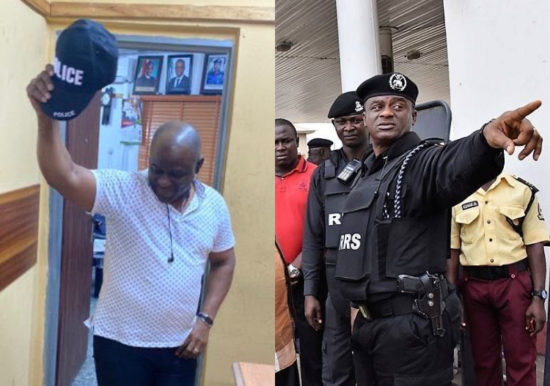 Commander of the Rapid Response Squad (RRS) of Lagos State Police Command Tunji Disu has been redeployed to Abuja.

The deputy commissioner of police was directed on Wednesday to report to the Operations Department at the Force Headquarters.

Chairman of the Lagos State task force on environmental and other special offences Saheed Egbeyemi has been appointed as his replacement.

Also, Mr Egbeyemi will be replaced by the commander of the Governor’s Monitoring Team (GMT) Sola Jejeloye while Ibrahim Bakare will replace Mr Jejeloye as GMT commander.

Commissioner of Police Hakeem Odumosu, however, retained his position. 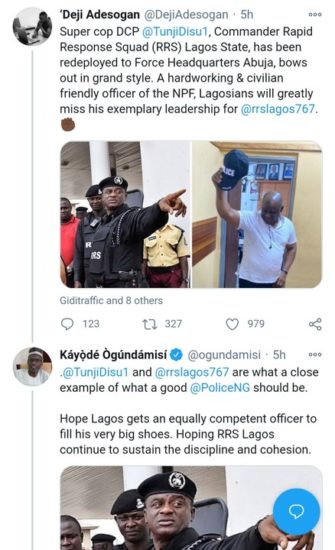 “I’m thankful for my struggle because without it I wouldn’t have stumbled across my strength. Alhamdullilah Robi Allahmin. New frontiers,” he wrote, suggesting a new role.

Disu changed the face of the RRS with his catchphrase ‘The Good Guys’.

He had in the past served as aide-de-camp to former Lagos governor Bola Tinubu.