“We are not the first to split” – Peter Okoye begs fans to halt their attempts to bring back Psquare - NaijaCover.Com
Skip to content 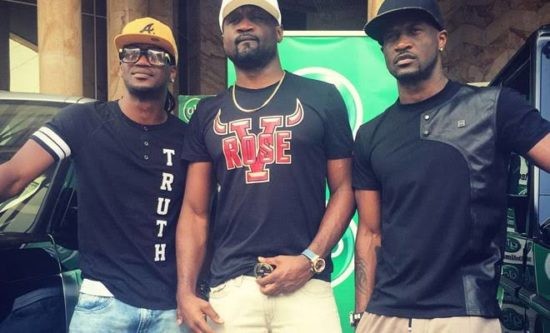 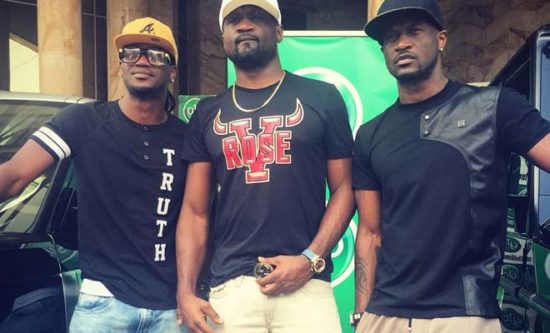 Peter Okoye has asked his fans to get used to the fact that he and his brothers, Paul Okoye and Jude Okoye, are no longer in a good relationship and that the music group, PSquare, is no longer in existence.

The feud between the brothers came to the front-burner on their birthday, November 18, when Peter’s wife, Lola, took to her Instagram page to appeal to Peter and Paul to let their issues slide and make peace with themselves.

Paul Okoye didn’t take her post lightly as he went on his Instastories to attack her, accusing her of not making any effort to reconcile them but instead taking to social media whenever it is their birthday, to make an appeal for them to settle their differences.

In a post shared on his IG page this morning, Peter addressed the concerns of his fans who have made several appeals for him to settle with his brothers and for the music group, Psquare to come back together. He opined that they should get used to the breakup as nothing lasts forever.

Regarding those who always mention that ”blood is thicker than water’, the singer wondered if his wife and children have ”water and zobo” in their system. His post reads

”It’s just 24hrs before My long awaiting single FOLLOW MY LEAD Drops! Let me get this off my chest before some people start there usual preaching!

Listen! Nothing lasts forever and Change is constant! Everyday they continue barking!
*Apologize to your bros
*Bring back our Psq
*We don’t know Mr P… we only know Psq
*He doesn’t know how to sing
*He is nothing but a dancer
*His career is dead
*Such a noise maker
*Why is he so Childish
*You are now an upcoming artiste
Waa! waa!! waa!!!

Pls let me ask, Have you ever felt liberation when you do what you’re passionate about, follow your dreams, follow your heart. Go back! Go back!! Go back!!! and do what exactly? after saying I dont know how to sing?

And again! Going back is it not for me to make more money? Since you know better! So why is that your problem? I thought i wrote an official resignation letter 4 yrs ago that I was no longer part of the group! Na by force?

For those barking “I only know Psq i don’t know Mr P and ….” Go to Psq page and do the barking. I am no longer part of the group!

Pls this page is for me and my dear fans Team P! Please let’s enjoy our new coming single “Follow My Lead” in peace!

Mr P’s fans is all that matters now! If you are still angry that my handle still has Psq come and remove it yourself
We have since moved on and its best y’all do the same! Support who you wish to support and move on. It is not a competition and I am not even giving any room for that. So Psq fans Take heart and get used to it! nothing last forever! Again Change is constant.
This is no longer about what you want! It is about what we want, so respect our decisions.

We r not the first group to split or make such decisions! Plantashun Boiz, StylePlus, Mohits and Remedies So enough of the time wasting!

The post “We are not the first to split” – Peter Okoye begs fans to halt their attempts to bring back Psquare appeared first on .

CHECK IT OUT:  “Why I Am Creating More Chiefdoms In Plateau” – Governor Lalong Reveals