Recall that Fatoyinbo was enmeshed in a rape controversy involving Busola Dakolo, the wife of popular gospel singer, Timi Dakolo, in June 2019.

She said that the popular pastor raped her twice before she turned 18.

The allegations went viral on social media, with some saying it had triggered Nigeria’s #MeToo moment.

The allegation also forced the pastor to go on “leave of absence from the pulpit” for weeks because it was the “right thing to do”.

He, however, denied any wrongdoing and has since returned to the pulpit.

Despite the controversy generated by the accusation, the cleric was at the 2019 Shiloh and repeated same this year.

In June 2020, Busola Dakolo said she was under pressure to bury the case.

Many Nigerians who took to Twitter since Wednesday when Fatoyinbo’s presence was announced said that the controversial cleric should not be attending such gatherings until the “damning” allegations against him were disproved. 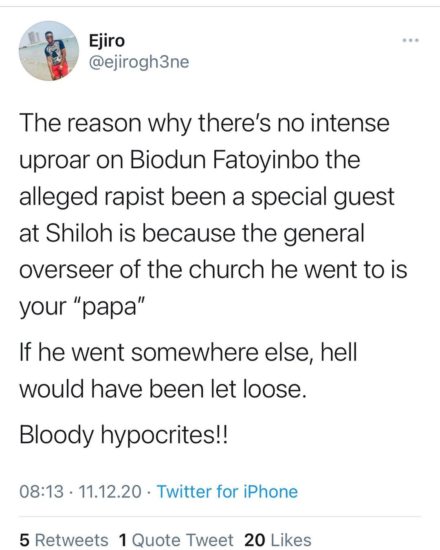 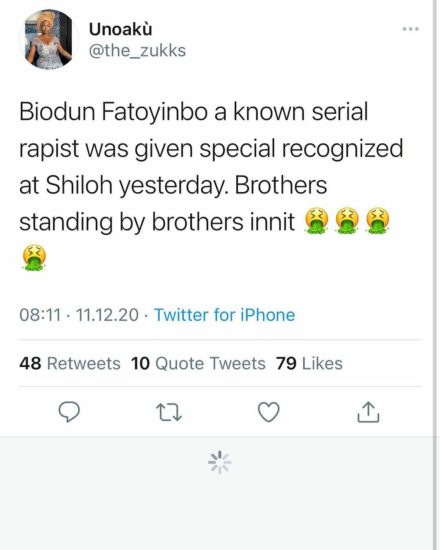 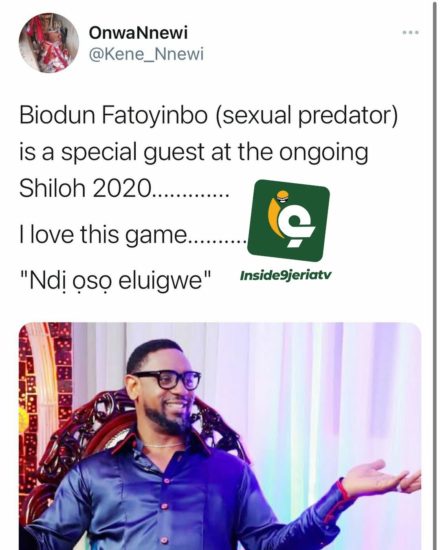