Posted By Udokabestluv On December 12th, 2020

Two suspected armed robbers were on Thursday December 10, shot dead by men of the Anambra State Police Command in Onitsha.

Spokesperson for the command, SP Haruna Mohammed, who disclosed this in a statement on Friday, December 11, said the robbers were members of a notorious robbery gang led by one Ikanda, who is currently in prison for murder.

“On the 11/12/2020 at about 10:10am, there was a distress call that four armed robbery suspects who belonged to a gang led by Ikanda (a notorious armed robber presently remanded in prison custody in connection with a murder case) were operating along Zik’s Avenue by Miss Ellems Onitsha,” the statement says.

“Following the distress call, Police operatives attached to Fegge Division Onitsha quickly responded and rushed to the scene.As soon as the suspected armed robbers sighted the police they engaged them into a gun duel.In the process two suspects were fatally wounded and overpowered while two others escaped .The injured Suspects one alias Dorgba and Fela whose real names are yet to unknown were rushed to the hospital for treatment but certified dead on arrival by a medical doctor and their corpses deposited at the mortuary,”

One locally made double barrel gun, four live cartridges, two expended cartridges, a charm, two wraps of dried leaves suspected to be indian hemp, two techno phones and other items were recovered from the suspects. 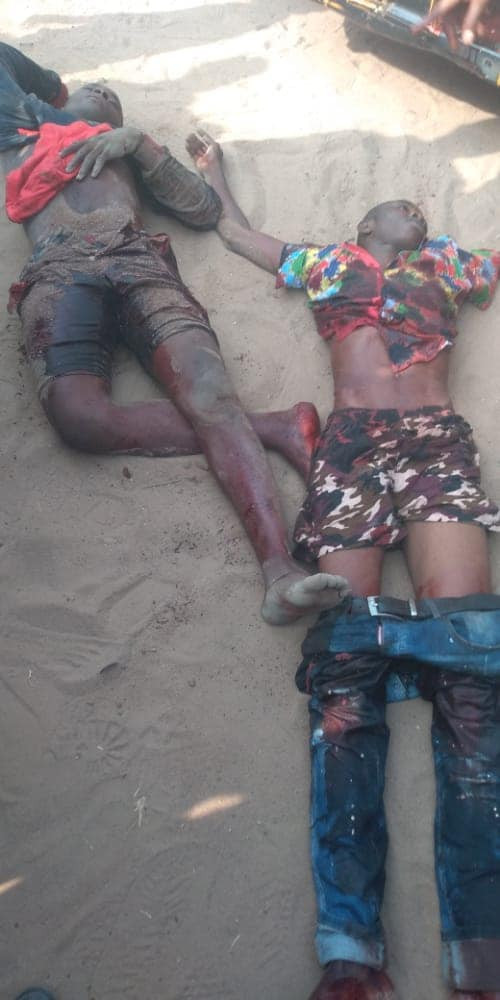 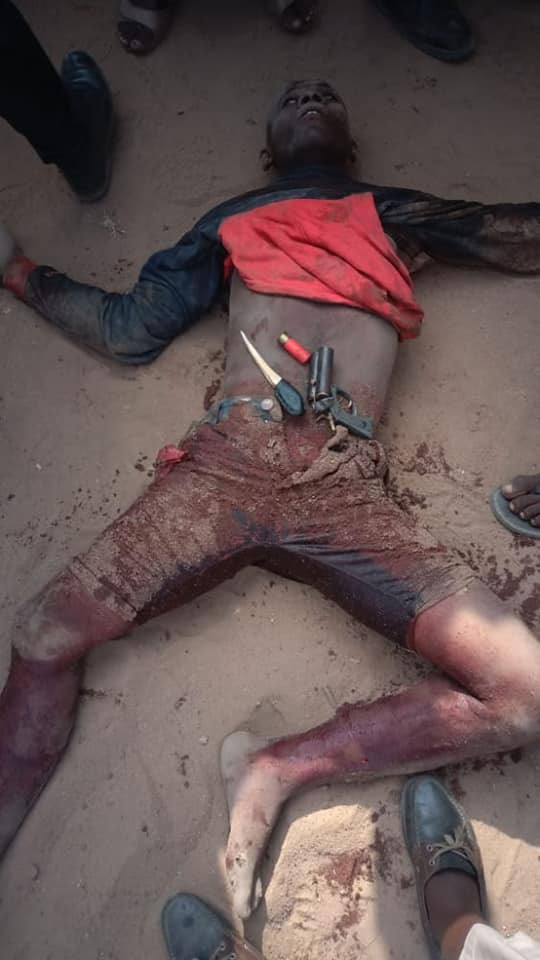 CHECK IT OUT:  Woman Roasts Her 11-Year-Old Son's Hands Because Of Food In Akwa Ibom (Graphic Pix)