A lady identified as Queen Vivian on Twitter claimed that music producer, Don Jazzy recently gifted her N5 million naira, with which she bought a car, IgbereTV reports.

She called on her Twitter followers to thank Don Jazzy on her behalf as she shared photos of herself posing with the car she claims to have recently acquired.

”Twitter Fams, help me thank @DONJAZZY for blessing me with a car gift. I told Donbaba my car had a breakdown, he sent me 5million naira to purchase this little baby. Thank you sir.”

“Jesu 5m ke? In this economy? Please introduce me to that Don Jazzy. He should come and buy for me too. Aunty you re chasing away my helpers o.” 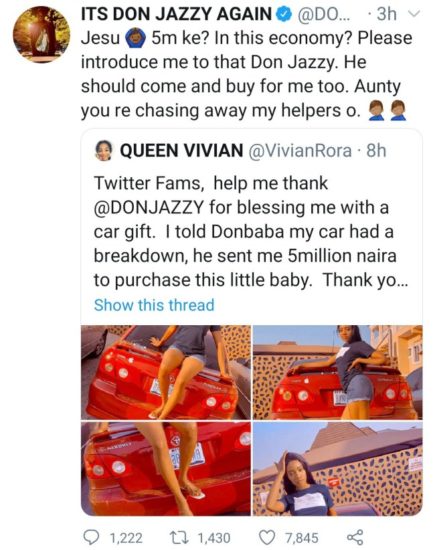 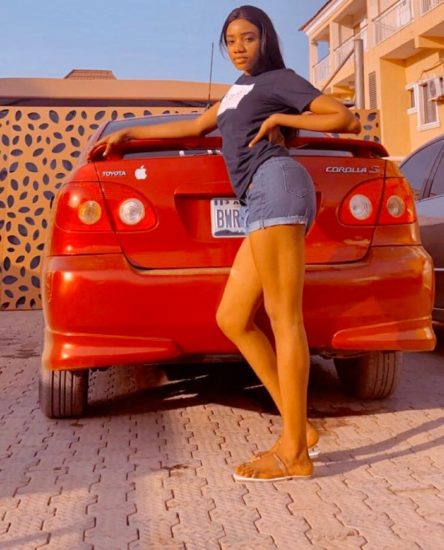 CHECK IT OUT:  “I don’t want my son to grow up without a father” Tanasha Donna speaks on her estranged relationship with Diamond Platnumz