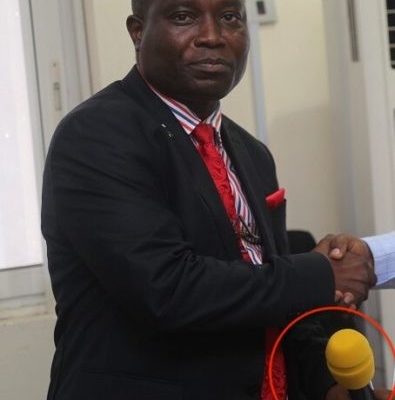 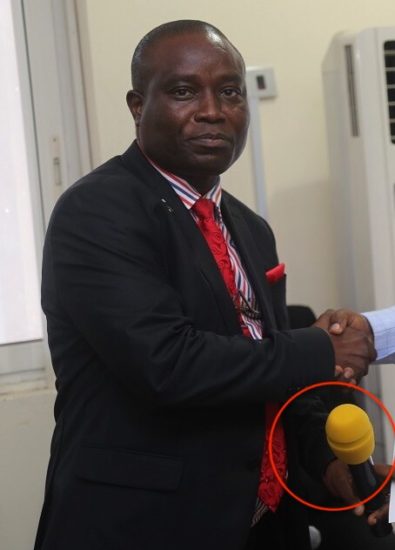 Secretary, Delta State Government House and Protocol, has for the umpteenth time been enmeshed in another financial scandal of N52.6 million.

Sources at the government house, who confided in SaharaReporters, disclosed that Ogidi-Gbegbaje had in 2017, barely two years of Governor Ifeanyi Okowa’s administration, raised a memo for the purchase of wireless microphones for the exco chamber of the new government house to the tune of N52,662,330 million even though the wireless microphones procured in 2014 by the Emmanuel Uduaghan’s administration were still in perfect condition.

Eddy Ogidi-Gbegbaje
In a memo with file no GHA.30/T8/28-31 and tracking No 41341255 originated and signed by Ogidi-Gbegbaje, titled, “Procurement and Installation of Dicentis Wireless (Bosch) Conference Discussion and Public Address System in the Exco Chamber of the New Government House,” he quoted the sum of N52,662,330 million for the purchase of wireless microphones for the Exco chamber.

Ogidi-Gbegbaje, in the memo, informed Governor Ifeanyi Okowa that the conference discussion system in the exco chambers of the new government house was terrible, leading to frequent and embarrassing interruption of meetings and the urgent need to get new ones.

The memo reads, “Inquiry into the status of the system currently in place revealed that the technology had been phased out having attained the end of life. Consequently, a detailed assessment and market survey were conducted to obtain the actual cost of purchasing and installing the equipment by direct purchase/ labour. The survey revealed that the sum of N52,662,330 million only would be required to install the state of the art Dicentis wireless (BOSCH) conference system at the exco chamber.”

CHECK IT OUT:  Complete WAEC Timetable for 2020 WASSCE

Ogidi-Gbegbaje had been involved in a case of financial malfeasance of N43 million for the renovation of the Delta State Government VVIP Guest House in Asaba, the state capital and another N10 million for the purchase of 30 hampers for some prominent Deltans for 2019 Christmas.

Speaking on the purchase, a senior government house staff disclosed that the office of the permanent secretary executed the N52.6 million contract for the wireless (Bosch) conference system.

“As at that time that the contract was executed in 2017, plus and minus, the sum of N10 million can conveniently deliver the job with some leftover for the permanent secretary to play with but here he uses a whopping sum of N52.6 million.

Ogidi-Gbegbaje declined to comment on the transaction when contacted by Sahara Reporters.