Former Super Eagles Star Strikes To Power New Club To The Top Of The ISL - NaijaCover.Com
Skip to content 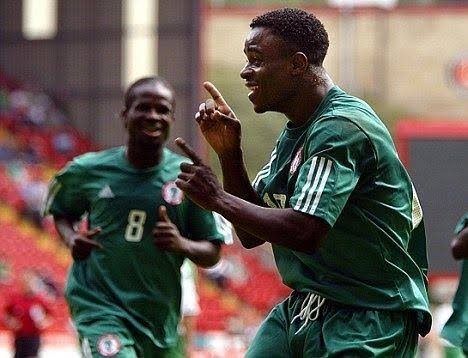 Nerijus Valskis broke the deadlock within the first ten minutes of the game, pouncing on a Jackichand Singh pass to fire beyond the reach of Amrinder Singh in goal for the hosts.

But Mumbai’s reaction was swift and sweet, as Ogbeche collected a pass from Bipin Singh to score the equalizer six minutes later – his second goal for the club he joined in October.

Ogbeche switched to Mumbai FC on a free transfer this summer after a year at Kerala Blasters also in the Indian Super League.

The former PSG forward got his first goal for Mumbai FC in his fourth game for the club, netting in the 2-0 defeat of Odisha on December 6.

The 36-year-old striker found the back of the net 15 times last term for Blasters after smashing in 12 goals in his maiden campaign in India for NorthEast United.

The latest result sees Mumbai maintain their five-match unbeaten run helps manager Sergio Lobera’s side extend their lead at the top of the Indian Super League table to three points.

CHECK IT OUT:  Dj Cuppy shows off her bedroom as she quarantines in the UK