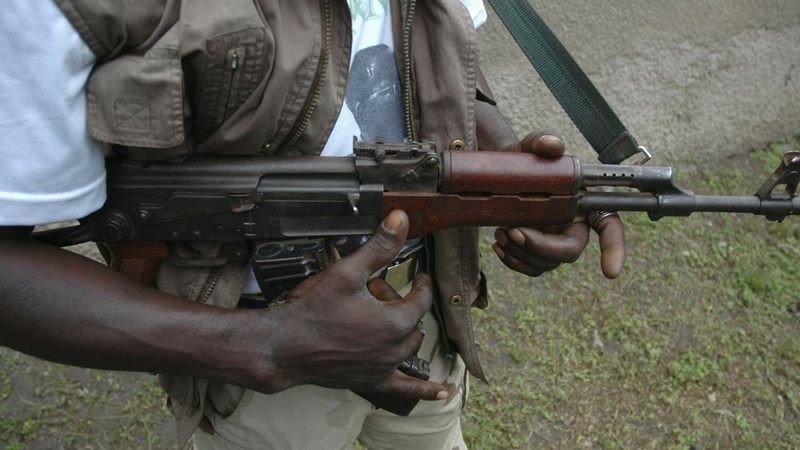 The Oyo State Police Command says a soldier and a civilian have been killed during an effort to rescue one Hassan Mills, a foreigner who was kidnapped by gunmen at Panorama Farm Mekun in the Oke Alaro area of Ibadan, the Oyo State capital, on Saturday evening, December 12.

A statement released by the spokesperson of the state police command, Olugbenga Fadeyi, confirmed the abduction and death of the two persons. According to him, those killed include a soldier and a civilian while a lieutenant of the Nigeria Army sustained a gunshot wound.

He explained that the victim was abducted at the entrance of the farm by yet-to-be-identified armed men who shot sporadically before taking him away into the forest. He noted that a distress call to the Divisional Police Officer in Oke Alaro led to a chase after the abductors who fled with their victim into the forest.

“A team of Operation Burst which was invited by the company arrived at the area and proceeded on a hot chase into the forest. Not too long, one army lieutenant sustained gunshot injury on his right lap and immediately taken to the hospital while the personal assistant to the victim who was also abducted escaped during an exchange of gunfire,” the statement said.

On 13/12/2020, two corpses of one soldier and a civilian were recovered from the forest while a civil defence personnel also sustained gunshot injury after a search of the forest.”his statement read

The police spokesperson said the practice of some foreign nationals not involving the police in their movement makes it difficult for the police to give them the appropriate security advice.

Fadeyi also expressed worry that negotiation with the abductors of the victim has been concealed from the police.

CHECK IT OUT:  You Were Chopping Married Man In The Closet, Now It Has Been Exposed – Lady Blast Tboss (Watch Video)

He appealed to residents of the state to support the police with useful and credible information on the whereabouts of the fleeing armed men.